No serious injuries in boat fire 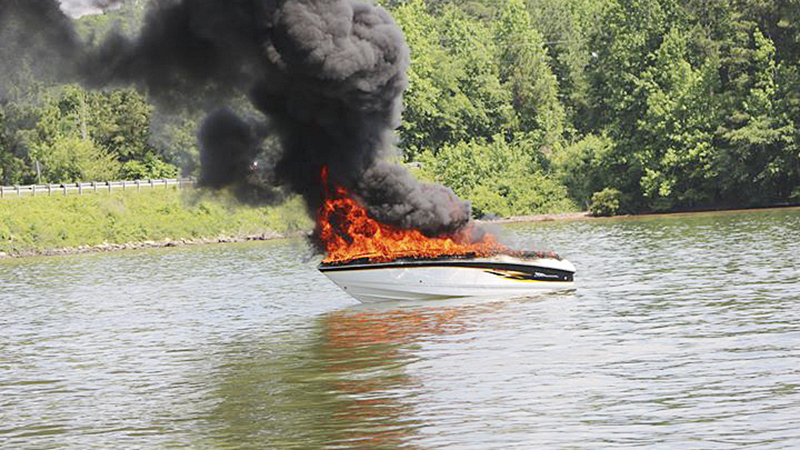 The LaGrange Fire Department responded to Sunny Point Access Saturday afternoon for a reported boat on fire, according to a press release from the City of LaGrange.

Upon arrival on scene at around 3:48 p.m., units discovered a 2000 Chaparral ski boat fully engulfed in flames floating approximately 100 yards from the boat ramp. Due to the distance of the vessel from the shore, fire units reportedly had difficulty extinguishing the fire. The winds helped steer the boat toward Ga. Highway 219 bridge, where fire units were able to attempt to extinguish the fire, but the winds continued to carry the boat northward away from the shore and fire personnel, according to the press release.

According to the press release, Georgia Department of Natural Resources officials arrived on the scene with their boat and fire personnel were driven to the location of the vessel to extinguish the fire with portable extinguishers. The vessel was then towed back to the boat ramp for final extinguishment.

The vessel was considered a total loss.

According to Georgia DNR, the operator had filled the boat with gas earlier in the day. When he started it at the ramp, the gas fumes ignited but went out. He reportedly tried to crank the engine and the boat caught fire, destroying the boat. According to DNR, early investigation seems to point to the vessel leaking fuel into the engine compartment, possibly from some kind of malfunction in the fuel line.

Minor injuries were reported on scene by the occupants of the vessel who were treated and released by EMS personnel.

Georgia DNR encourages all boaters to check everything on the boat before heading out on the lake or river.