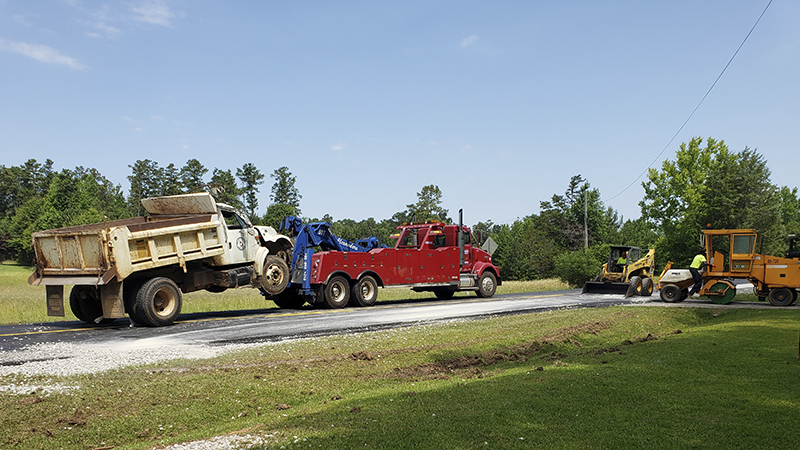 A Troup County Roads and Engineering employee was involved in a single axle dump truck rollover accident this morning at approximately 10:30 a.m., according to a press release from the county.

According to the press release, the employee was hauling gravel for an ongoing road resurfacing construction project on Mountville Hogansville Road when he swerved to avoid hitting a deer which resulted in the vehicle rolling over to the left shoulder of the road.

The driver had no life-threatening injuries and was transported to WellStar West Georgia Medical Center by American Medical Response.

The dump truck was towed away from the scene of the accident and suffered significant damage to passenger side of the vehicle. There were no other vehicles involved in the accident.