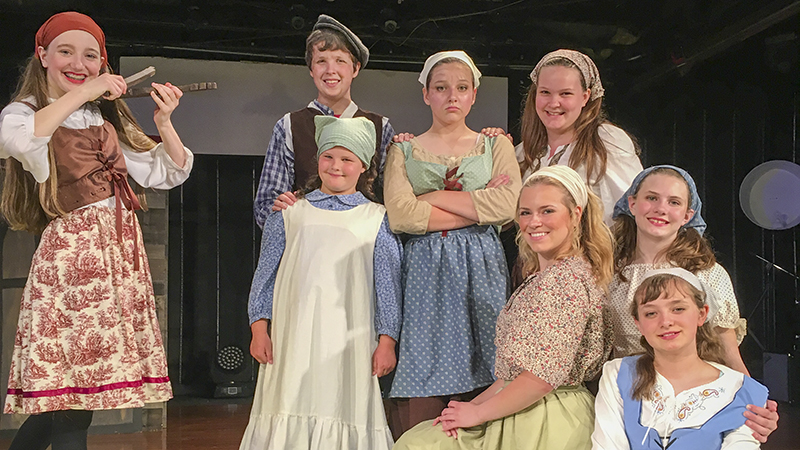 The Homeschool Drama Club and Studio Drama Club at LaGrange Piano and More presented two end-of-semester musicals in May.

The Homeschool Drama Club was up first with “Fiddler on the Roof, Jr,” on May 10-11. The beloved musical follows beleaguered milkman Tevya as he tries to find suitable husbands for his daughters and includes favorite musical numbers such as “Matchmaker, Matchmaker.” The cast included 24 home schoolers ages 8 to 18-years-old.

“Both of them were our most challenging shows to date,” Club Director Noelle Reed said. “The songs, the choreography, the sets… it was all kicked up a notch. The neat thing about club is that they get to do more than just be in a play. They also help construct costumes, work on the set, collect props and run the show backstage.”

Drama Club has grown from 10 kids in the fall of 2017 to almost 40 kids meeting on a weekly basis. Next up is summer Drama Camp, June 10-14, and the show this year is the family-favorite musical “Annie Kids.”

“I love theater, and I’m so glad I get to share it with the community,” Noelle Reed said. “At the beginning or end of each club period we recite our club motto: ‘In Drama Club we build confidence, creativity and cooperation,’ and it never gets old seeing those concepts sink in for the kids.”