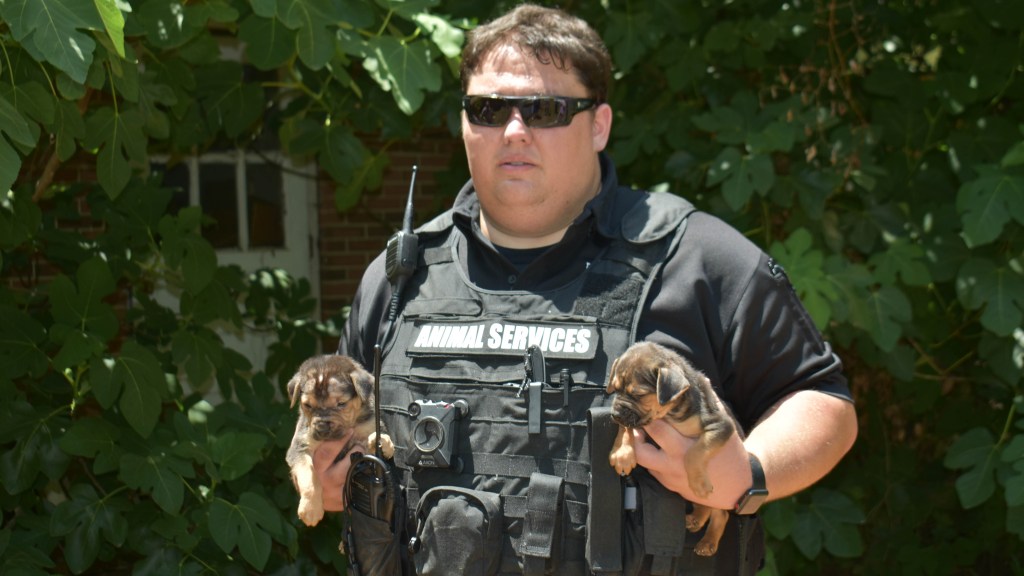 “We have had complaints from residents for close to a month now,” said LaGrange Animal Services officer Chris Bussey. “They have had various violations of tethering, animals running at large and animal cruelty. A month ago, an animal at large actually chased a group of juveniles.”

According to Bussey, the animals ages ranged from 6-week old puppies to dogs that were a few years old.

The Mastiff breed is a large breed for dogs, so LPD worked with the Troup County Marshall’s Office and Hogansville Police Department to transport all the dogs from the North Barnard Avenue residency in LaGrange to the shelter.

“We started at approximately 9:30 this morning and did not finish until close to 4 p.m. this afternoon. It took multiple trips because these are very big dogs,” Bussey said. “It was sad to see the animals in these conditions and even the homeowner as well. All the dogs will be okay and have begun to receive baths and flea treatments.”

All 30 dogs should be available for adoption beginning Monday, June 3.

“Since coming to the shelter they have calmed down and adjusted,” Bussey said. “We have been able to go in and pet some of them. We are feeding and watering and working with some of the dogs that have trust issues.”

Baker appointed to Superior Court of the Coweta Judicial…