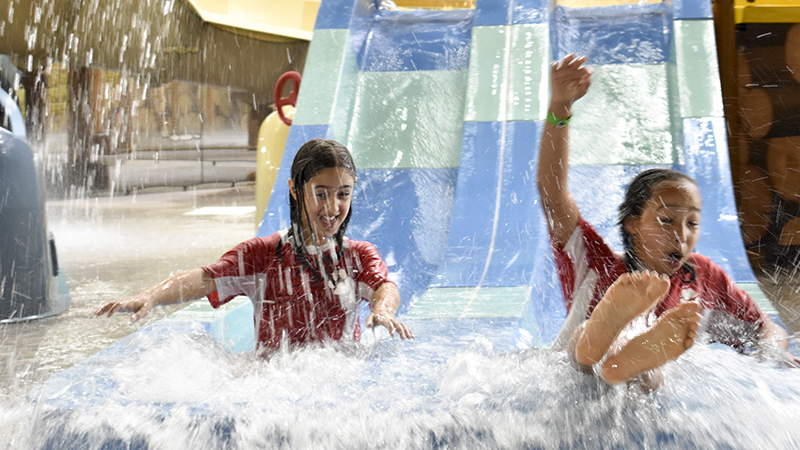 In May, Great Wolf Lodge Georgia celebrated one year in LaGrange, and in that year, the numbers show that the resort has had a major economic impact.

Those visitors pay local hotel/motel taxes, sales tax and can often be seen shopping and eating in local restaurants.

“Great Wolf has had a tremendous economic impact on the city that can be measured a number of different ways,” LaGrange Mayor Jim Thornton said. “Certainly, the hundreds of thousands of visitors who have come to our community and all of the marketing that has been done of LaGrange as a tourism destination by Great Wolf has been very significant. Then, from a local economic benefit, Great Wolf has generated significant sales tax, hotel/motel tax and utility sales that have all been in the hundreds of thousands of dollars range that will continue for the life of the project.”

All of those visitors have resulted in nearly a $2 million growth in hotel/motel tax. The hotel tax brought in $1,127,163.07 during the 2017-2018 fiscal year and is estimated to bring in $3,211,246 during the 2018-2019 fiscal year, according to information from the City of LaGrange. A portion of those funds are fed back into advertising for Great Wolf.

“The City of LaGrange welcomed us with open arms, and we’re excited to be part of this city’s growth and development,” said Great Wolf Lodge LaGrange General Manager Keith Furnas. “We’re pleased to provide a positive impact on the city by attracting out of state visitors, driving increased tax revenue, and most importantly creating nearly 700 jobs for local residents. We look forward to the years to come and continuing our strong partnership with the LaGrange community.”

The resort also helps diversify the area’s economic portfolio, extending job opportunities beyond the existing industrial and education job openings that make up the majority of career options in the county.

“I would say that it has been one of the most significant economic development projects we’ve had in my tenure as mayor, and it is also very exciting to have an economic development project like this that is not industrial,” Thornton said. “We have a done a fabulous job over the years of building out our industrial park, and we have a lot of diversity in industries, but what Great Wolf does is add a national marquee name to our tourism industry, and that has been very significant.”

“LaGrange is a utility city, so we sell full service utilities, and Great Wolf is a full-service customer of ours, so we are selling them electricity, gas, water, sewer,” Thornton said. “Just the electricity alone has been very significant. I think the statistic is Great Wolf represents over 3 percent of our total electric sales, which is tremendous for a single customer to have such a large load. It is because they have a 450-room hotel, and they have 100,000 square feet of indoor water park that has to be maintained at 84 degrees year-round. So, they are a great electric customer for the city, and that is another very significant economic benefit.”

In addition to adding diversity to job opportunities, local leaders are also excited to see visitors out in the community.

“As a former small business owner, I spend a lot of time talking with the business owners and the restaurants, and they’ve had probably the most significant impact from Great Wolf being here with regard to business in the community,” said Scott Malone of the LaGrange Economic Development Office. “You go in at any given time during the week or during the weekend, and you can identify the Great Wolf Lodge guests by the wolf ears and the wrist band. So, it is easy to determine the impact that they are having.”

Those visitors can be seen shopping in local stores and help the area attract other restaurants and stores on local wish lists.

“When you consider having anywhere 35,000 to 50,000 visitors a month — which they have been having — the impact just to the community in traffic counts and other things associated with that are really a huge plus driver for us, particularly for folks who want to have retail,” Malone said. “A lot of retailers just want to know the traffic counts for there, the people that are there.”

Malone said that the number of rooftops in a community is still the top deciding factor for retailers, but visitors from Great Wolf are shining a positive light on the community for potential retailers. In the meantime, the resort is already filling a need for more family entertainment in the community with 10 restaurants, five stores, a conference center, a ropes course and other activities available.

“I think it has had a huge impact in terms of giving family entertainment to our citizens in the community,” Malone said. “That was not necessarily expected, but it has turned out to be the case.”

Going into the resort’s second year, local leaders are hopeful to see continued growth due to Great Wolf Lodge.

“I’m excited about future growth opportunities in the group sales market,” LaGrange-Troup County Chamber of Commerce President Page Estes said. “A perfect example to the Governor’s Tourism Conference that will be at GWL in September. We have never been able to submit a bid before because we did not have enough meeting space and hotel rooms. There is such great opportunity to attract citywide events that use multiple hotels and meeting spaces. The GWL team is not only willing to partner — they are pushing all of us to do so.”