Five arrested in connection to burglary of safe 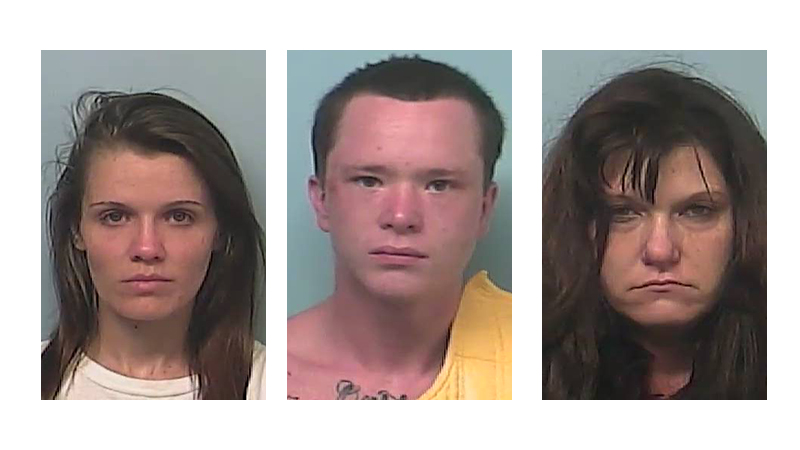 Five people have been arrested for their alleged participation in breaking into a safe on the 2500 block of Mobley Bridge Road on around May 28.

James Bowles, 21, Jamie Leighann Parks, 28, Gregory Todd Cox, 47, Morgan Christopher Story, 47, and Dorothy Christine “Christy” Olko, 38 were arrested over the last week in relation to a burglary where a cutting torch was used to break into a safe, according to a press release from the Troup County Sheriff’s Office. A total of $19,516 has been recovered or is being recovered, plus several guns, jewelry and vehicle titles.

Bowles and Parks were arrested after a search warrant was executed at 801 Forrest Avenue on Friday. There was $1,496 in stolen money recovered from the location, a stolen Smith & Wesson .9mm firearm and jewelry. Bowles was charged with possession of firearm by convicted felon, theft by receiving and crossing guard lines with intoxicants and VGCSA. Parks was charged with theft by receiving, probation violation and conspiracy to commit burglary.

On Tuesday, Cox was arrested at 221 Pinehaven Drive. He was charged with theft by taking, two counts of party to a crime burglary, VGCSA-possession of drug related objects and possession of firearm by convicted felon. Stolen vehicle titles, ammunition, a Ruger pistol, two rifles, a shotgun and $3,031 in stolen cash were recovered at that location.

Two additional arrests were also made on Tuesday. Story was arrested at 103-B Cooley Road and charged with two counts of burglary, theft by taking, VGSCA and possession of drug-related objects. Ammunition, two rifles, one shotgun and $9,589 in stolen cash were recovered at that location.

Olko was arrested at The Budget Inn and charged with two counts of burglary, theft by taking and possession of drug-related objects.

An additional $5,400 is being recovered from a local bank in relation to the case, according to the TCSO.

Olko, Parks and Bowles are listed as in jail on the Troup County Jail website. Cox and Story had not been booked as of Thursday afternoon.

According to the press release, the investigation remains active and more arrests are possible. Anyone with information related to this case is asked to call TCSO investigators at (706) 883-1616 or Crime Stoppers at (706) 812-1000.