Citizens speak out against budget cuts 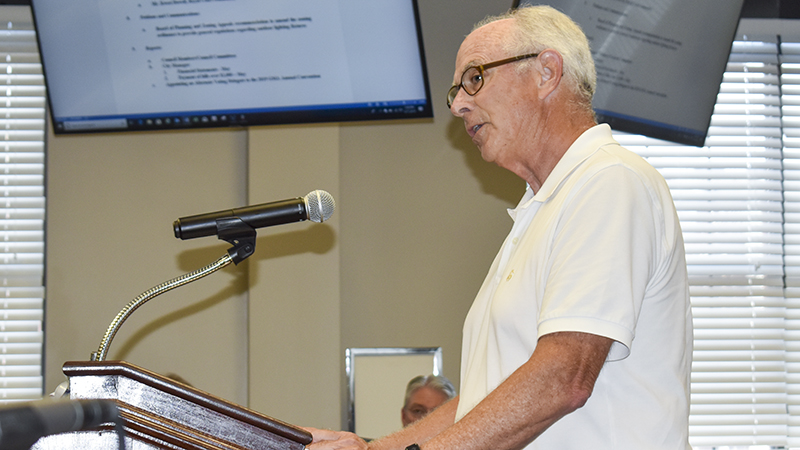 The City of LaGrange held a hearing for its Fiscal Year 2019-2020 budget on Tuesday and received several comments questioning changes to budget allocations for long-time community partners.

During the evening council meeting, citizens spoke against proposed cuts to funding for the LaGrange Memorial Library, Ark Refuge Ministry and Keep Troup Beautiful. The decreases were consistent with a proposed method for handling budget requests from outside agencies that would limit funding to no more than $25,000 per agency and no more than 25 percent of the agency’s budget.

For the LaGrange Memorial Library, that would mean receiving $25,000 in the 2019-2020 budget year, compared to $36,000 allotted to the library in the current budget year. Those who spoke against the decrease worried about its impact on library programs, especially those for children.

“There has been a 62 percent increase in pre-registration for the summer reading program,” said Jan Smith, in support of the library. “Keep in mind, it has just started. They have already registered 536 children with more to come. Probably by the time it ends, there will be well over 1,000. There are 33 programs for kids of all ages up to teens.”

Many of the programs have been in place for years, and speakers argued for the importance of continuing to support those programs.

“As a long-term resident of LaGrange, for 27 years, I’ve relied on resources from our public library extensively,” said Laura Breyfogle in support of the library. “Back in the 90s, taking my children to the weekly story hour was so important. I still remember returning with huge stacks of books to relish with my children. As elementary students, they always participated in the summer reading program and became and continue to be avid readers. In middle and high school, LaGrange Memorial provided much needed reference sources for the research papers and projects. Personally, I have enjoyed checking out countless books, dvds [and] cds.”

Breyfogle said that she also learned how to use Microsoft Excel and a Chromebook word processing application through library programs. She also emphasized the importance of free learning opportunities and author talks, which are offered at the library.

“As far as our community is concerned, it would not be the wonderful place to live without offering excellent opportunities, including library resources,” Breyfogle said. “Finding a job these days is hardly possible without the use of a computer. Many of us take this for granted since we have our own personal computers. Those who must go without computers need these computers provided by the library.”

During the work session earlier in the day, several council members said that they felt the process was fairer to outside agencies and less political overall under the new system.  During the evening meeting, council member statements balanced legal requirements with personal feelings on the funding requests.

“When House Bill 489 came along, that funding from the city was really put into the county’s hands,” Council Member Willie Edmondson said. “The county is supposed to do all of the funding for the library, but we have been giving to the library because — me personally, I can’t speak for anybody else —I totally believe in the library. It has done something for literacy that we really do need in the community.”

Edmondson commended the library for its program growth but questioned the state of funding from Troup County.

Ark Refuge Ministries also fell under the maximum amount cut, moving from $30,000 in support from the city in the current budget year to $25,000 from the city in the proposed budget. According to the request from Ark, the funds would be for utilities and program expenses.

“Not only is the Ark a place where men can turn their life around, but it also helps people in the community a lot,” said Yvonne Lopez, chief executive officer of Ark Refuge Ministries. “We are always available to citizens when they need labor or they need things fixed. I just plead with you not to take away those funds because they are desperately needed. It is really hard to find, and it might cause for the Ark to have to shut down.”

According to Lopez, Ark Refuge Ministries currently has the highest rate of success in the organization’s history, and she pointed to the ministry’s role in decreasing recidivism, as a benefit to the community.

“This possible change in funding from the City of LaGrange drops that to 40 cents per person, and it really does have an effect on the programs we try to offer to our community,” Landa said.

Mayor Pro Tem Jim Arrington said that all comments from the meeting would be reviewed prior to the council vote on the budget.