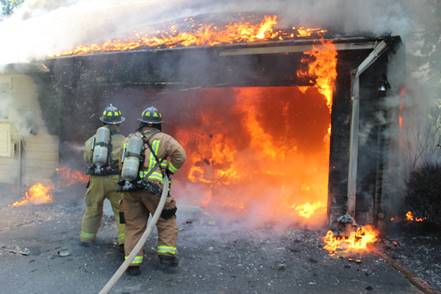 No injuries were reported Friday afternoon from a structure fire on 600 Cameron Mill Road.

At 12:30 p.m. LaGrange Fire Department was dispatched to the house, where initial reports indicated a lawn mower was on fire in the carport.

According to an LFD press release, firefighters arrived at the scene where they found heavy smoke and flames coming from the carport and roofline.

The LFD firefighters reportedly advanced on two attack lines, with one on the front side of the carport and the other facing the front door of the house. The fire was under control by approximately 1:00 p.m. and completely extinguished at 2:19 p.m.

According to the release, fire loss is estimated at $75,000.

The cause of the fire is under investigation by LaGrange Fire Department.

Karvelas set to open pizza location in LaGrange this…