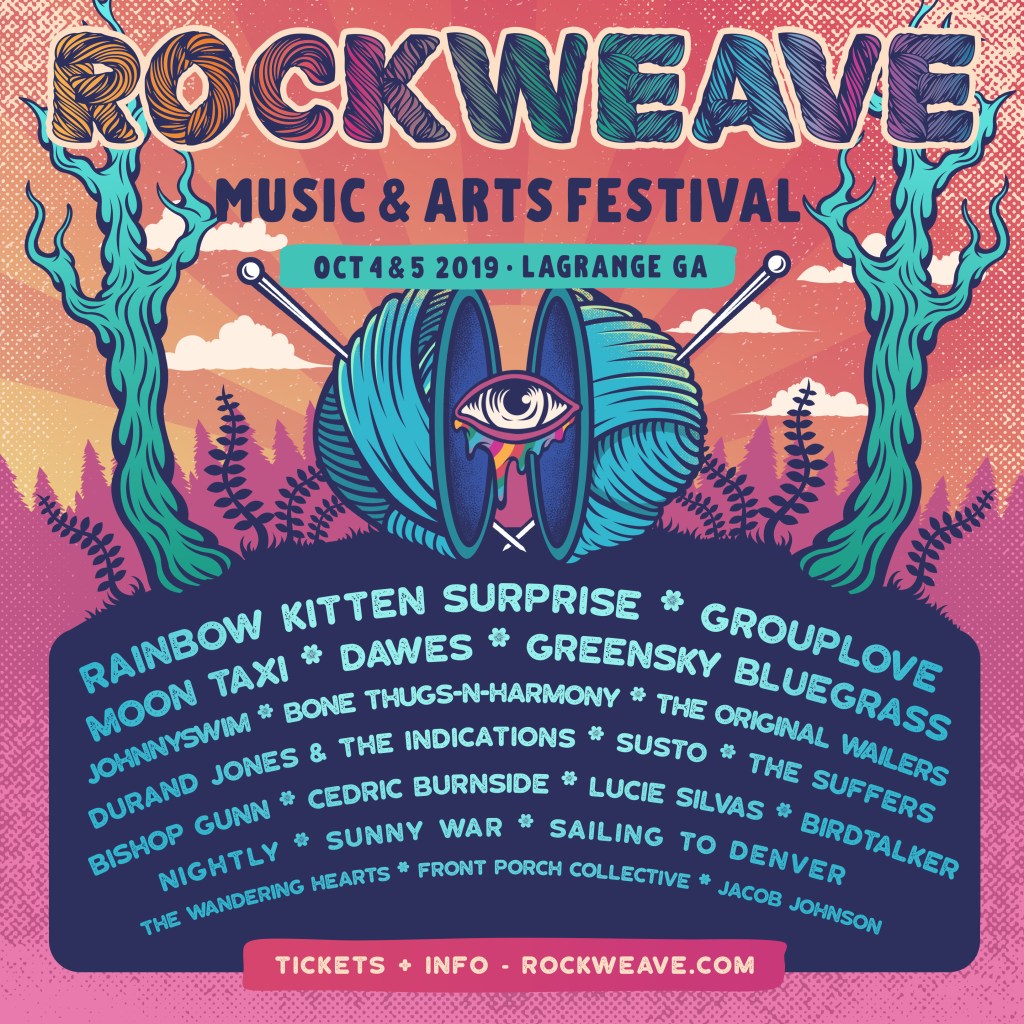 The lineup for the upcoming Rockweave Music and Arts Festival was announced Tuesday morning. - Contributed

The lineup for LaGrange’s impending Rockweave Music and Arts Festival was announced Tuesday morning. The lineup, which includes 21 bands and will stretch across a two-day period from Oct. 4-5, includes such acts as Rainbow Kitten Surprise, Moon Taxi, Dawes, Grouplove, Johnnyswim, Greensky Bluegrass and Bone Thugs-N-Harmony, among many others.

The music and arts festival is the first of its kind in LaGrange, and is being managed by the Downtown LaGrange Development Authority, in partnership with Wild Leap Brew Co., Sweetland Ampitheatre, the Callaway Foundation, the LaGrange City Council, the Troup County School System and Kia Motors Manufacturing Georgia. The festival hopes to bring in 9,000+ patrons to LaGrange for the weekend-long event.

The seven headliner bands mentioned above have a combined 12.8 million monthly listeners on Spotify, the popular music app.

A portion of the concerts proceeds will go to the Troup County School System, in order to ramp up the school system’s arts programs.

“All of us have experienced the power of art in our own lives, and we are incredibly proud to announce that a portion of all ticket sales and hotel room sales from the festival will go directly to benefit music and arts programs here in the Troup County Schools,” said Wild Leap co-owner Rob Goldstein in May of this year, when the name of the festival was announced.

Tickets go on sale Friday morning at 10 a.m. ET, and include a variety of weekend options including general admission, pit access, reserved seating VIP access. Tickets can be found at Rockweave.com/tickets/.