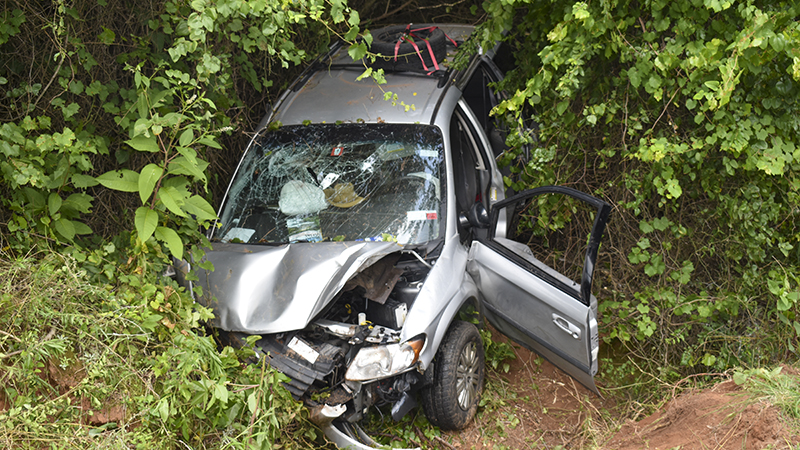 Two people were life flighted, and one was taken to WellStar West Georgia following a single vehicle wreck on Hamilton Road on Thursday around 9:42 a.m.

According to Georgia State Patrol Trooper Brandon Smith, the van is believed to have traveled off the road after the driver began to doze off and over-corrected. The vehicle then went into the trees on the side of Hamilton Road near the Old Chipley Road intersection.

Troup County Fire Department responded and used the jaws of life to extract the victims.

“Everybody was conscious, but the guy in the backseat didn’t have a seat belt on, and his head hit the windshield,” Smith said.

Two of the vehicle’s occupants were considered to be in critical condition.

GSP was unable to immediately release the identities of those involved in the wreck, but the vehicle had a New York state license plate.

Baker sworn in as superior court judge of Coweta…