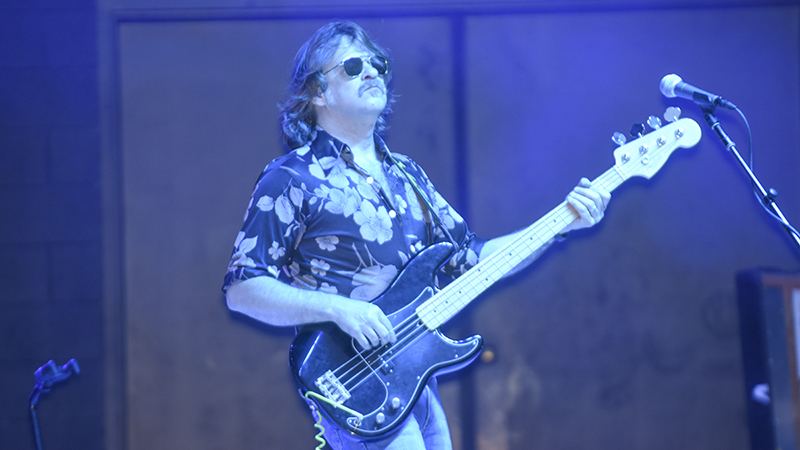 People poured in to Sweetland Ampitheatre Friday evening as the sun set, adorned in all manner of sailor and boating regalia, to listen to Yacht Rock Revue perform the best of the late ‘70s and early ‘80s light rock.

The band, which got its start in 2007, has sung alongside the likes of Weezer, Train, Zac Brown Band, Al Stewart, John Oats, Little River Band and many others and has consistently grown in popularity throughout the course of the last decade.

The band brought a crowd to LaGrange on Friday night, as locals and out-of-town guests alike came to the ampitheatre for a night of fun.

“We come to just about every concert,” said West Point resident Jerry Price. “We love it here. We do a lot of shows and concerts. We travel everywhere, but it’s nice to be able to come here, watch a nice show, then jump on [Highway] 29 and go home.”

“I wish there were more concerts here,” added Tammy Price. “It’s a lot better than going all the way to Atlanta.”

Teresa and Bill Love traveled to LaGrange from Hiram, a drive of approximately 90 minutes, to take in the show.

“We were interested in them because they play ‘70s and ‘80s,” Bill Love said. “It’s beautiful here.”

The concert itself was preceded by a costume contest at 8:30 p.m. before the band took the stage at 9 p.m.

The concert was not a part of Sweetland’s Summer Concert Series, which will resume with a Thursday, July 25 show that will feature Birmingham-based St. Paul and the Broken Bones.

Sweetland’s next event, Red, White and Blue Friday, will take place this Friday evening. The event will offer an opportunity to meet and greet local veterans at Boyd Pavilion at 7 p.m. as a precursor to July 4.

This will be followed by an 8 p.m. concert featuring the Community Band, which will perform patriotic tunes.

Once the sun sets, the movie Mary Poppins Returns will be shown, and all are encouraged to bring picnic approved items, such as picnic blankets, chairs and outside food and drinks.