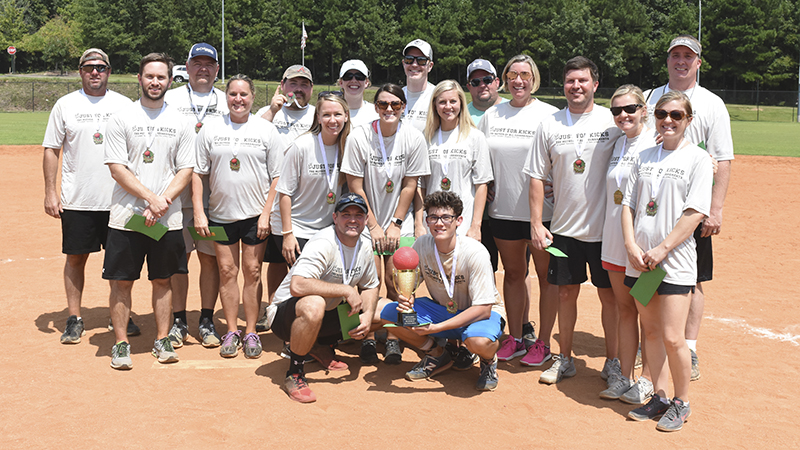 For the third year, the First Choice Women’s Center will host its “Not Just for Kicks” kickball tournament in August.

“This is our second biggest fundraiser that we do, and we have the goal of getting 20 teams to register this year,” said Michelle Thompson, executive director of First Choice Women’s Center.

In its first year, the tournament had 16 teams compete and 17 the next. Thompson said that multiple teams have participated both years.

“We have a mixture of businesses and churches who are competing this year and it has been like that both years,” Thompson said. “Most people return because they come out and have so much fun.”

“It can get very competitive, but it also serves as a team building exercise for businesses or groups,” Thompson said. “It is a fun time that everyone has together. We work it and volunteer, but we have a great time, too.”

The center is raising money so it can continue to provide compassion, hope and help to women facing unplanned pregnancies.

The tournament kicks off at 8 a.m. on Saturday, Aug. 17 at the Shuford Softball Complex. Registration deadline for teams is Aug. 1 and is $350 per team ages 14 and up. There are only 24 team spots available and a team must have 10 to 16 players to compete.

“We want to get everyone together and have a good time but also so people can learn more about the organization,” Thompson said.

For more information call Lori Pulliam at (706) 302-3995 or visit fcwcnotjustforkicks.com.

Recent LaGrange local to cheer at the next level