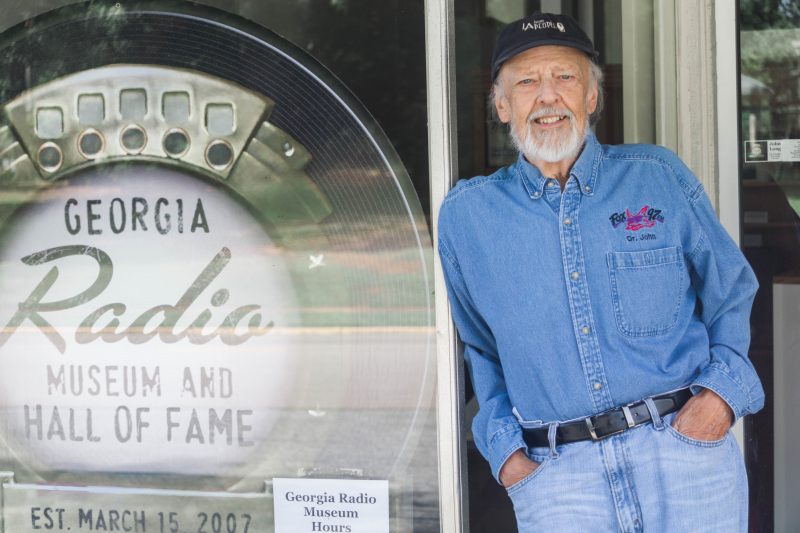 The Georgia Radio Hall of Fame has moved into a new building on Lincoln Street and is open for business with its museum.

Beginning in 2007, the nonprofit organization was located in southeast Georgia, then moved into a spot at the Legacy Museum in LaGrange in January of 2018. Now, the Hall of Fame has found its new home in the Hillside community.

“This used to be Thompson Pest Control, they sold the business and Joey (the owner) kept the office,” CEO John Long said. “I passed by the building maybe 1,000 times and thought that would be a perfect spot.”

Long said he mustered up the confidence to finally contact Joey to see if he could move the museum into the building.

“He said ‘Yeah, I’ll work with you,’ and then offered us an offer we couldn’t refuse,” Long said.

“This was too good to pass up, and my wife and I were tired of having all this stuff in a storage room.”

In early May, Long said they moved everything out of the Legacy Museum.

“It was a beautiful space,” Long said. “It exposed a lot of people to what we were all about. It turned out to be good because we met a lot of new people and a lot of people liked the exhibit we had down there.”

Now, Long said they have more room and more liberties to make it their own space. Additionally, he said the new space allowed them to change how they operated.

“While it was a wonderful experience and a wonderful way to for us to introduce ourselves to LaGrange, we were not able to be open on Sundays,” Long said.

“So, now, we are happy to be able to be open on Sundays.”

For a little more than a month, Long and his wife have been working day in and day out, remodeling and perfecting the look of the Hall of Fame and exhibit.

“We had to do redo some things and a whole lot of other little minor details, like display cases,” Long said. “The best thing is Patti and I are putting this all back together, and it has given us an opportunity to reinvent it a little bit.”

The exhibit features the radio wall of fame, with an interactive display of more than 100 inductees, dozens of radios through the years, a history of radio and more. The exhibit is open Friday and Saturday from 10 a.m. to 5 p.m. and on Sundays from noon to 5 p.m. Admission is free for all Georgia Hall of Fame members, Georgia law enforcement officers, firemen, emergency responders and teachers.