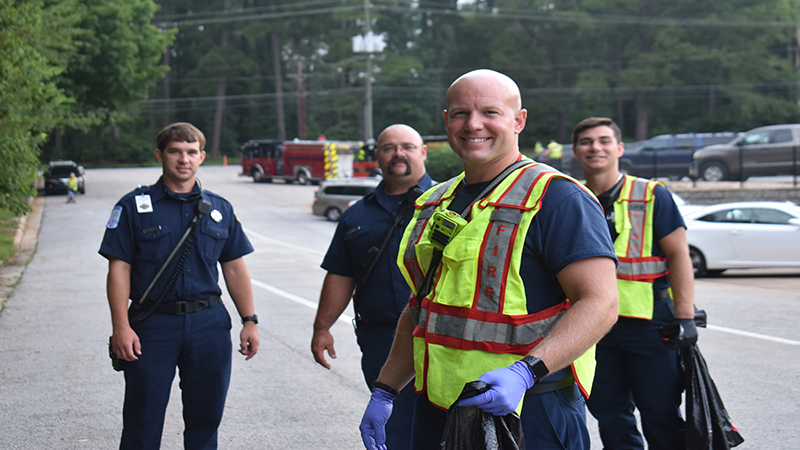 The City of LaGrange held its monthly litter cleanup over the weekend to much success, as approximately 50 people met at Hollis Hand Elementary School on Saturday morning to pick up trash around the school and the surrounding area. The event saw city employees take part, as well as students and teachers from Hollis Hand, including new principal Jason Graham, and volunteers from a number of different groups and institutions from across the city, including the youth group from First Baptist Church on the Square.

The cleanup was the latest installment of the city’s ongoing effort to combat litter as a part of the ‘Leaving LaGrange Better Than We Found It’ campaign, which began in April of 2017 and saw such success that the cleanup effort has turned into a monthly occurrence.

“This year, for the whole schedule, we’ve been trying to partner with people and groups, and have tried to be deliberate about making sure we’re in all parts of the community,” said Katie Van Schoor, City of LaGrange Marketing and Communications Director. “We were in the second segment of The Thread with the LaGrange Housing Authority last month, this month we’re at Hollis Hand. We reached out to the new principal and the new PTO President about this, and we’re excited that this can lead to other ways in which we can work with the school.”

Volunteers spent approximately two hours picking up trash around school property as well as the segment of The Thread in front of the school and down to shore of the segment of West Point Lake that is within city limits.

Next month’s cleanup effort will be held at Berta Weathersbee Elementary School on Saturday, Aug. 24 from 8-10 a.m. All monthly cleanup efforts are free to the public, and all are encouraged to attend.