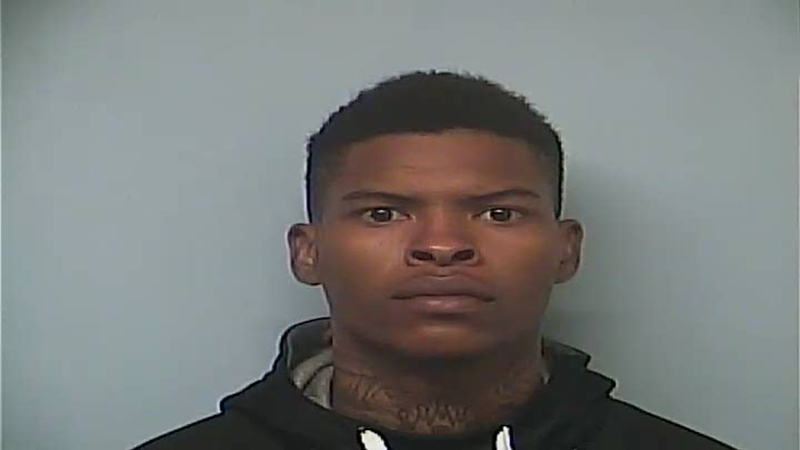 Pictured, Willie Andrews, 20, of Roswell was arrested on July 18. Thillinius Marquis Gray, 29, of LaGrange followed and turned himself in on July 22. Gray's photo is not yet available.

Two additional men have been arrested and charged with the July 11 armed robbery and aggravated assault on New Hutchinson Mill Road, according to the Troup County Sheriff’s Office.

According to a press release, Thillinius Marquis Gray, 29, of LaGrange turned himself in on July 22, and Willie Andrews, 20, of Roswell was arrested on July 18, with the assistance of the U.S. Marshals, South East Regional Fugitive Task Force, the Georgia Bureau of Investigation, the Roswell Police Department and the Alpharetta Police Department. Gray and Andrews are charged with criminal attempt murder, armed robbery, aggravated assault, aggravated battery and possession of a knife during certain crimes. Kadezmeon Lovett, 30, of Morrow, was arrested on July 16 and charged with criminal attempt murder, aggravated assault, aggravated battery, robbery and possession of a knife during certain felonies.

According to information from TCSO, the July 11 incident was the result of a robbery plan turned more serious, leaving one man with serious injuries.

In a press release from the time of the incident, the sheriff’s office said four males — Lovett, Gray, a then unknown man later identified as Andrews and the eventual victim — planned to drive to LaGrange on the evening of July 10 to commit a robbery. As the men drove to LaGrange, something changed, and they turned on the 20-year-old victim.

Lovett, Gray and Andrews reportedly drove the victim to a location on Hutchinson Mill Road and forced him to get out of the car, and beat and kicked him repeatedly, according to the press release. The victim was reportedly stabbed at least eight times on various parts of the body and passed out. He was then put in the trunk, and the three men intended to kill him at another location, according to the news release.

The victim used the trunk release, opened the trunk and jumped out of the car. The three suspects then fled the area after realizing the victim escaped.

The sheriff’s office was dispatched the 2200 block of New Hutchinson Mill Road on July 11 regarding a male subject on the side of the road that appeared to be severely injured and bleeding. Medical personnel responded to the scene and transported the victim to a Columbus area hospital due to the seriousness of his injuries. He has since been released.

Investigators spoke to the victim at the hospital and were able to determine what happened, according to the news release.