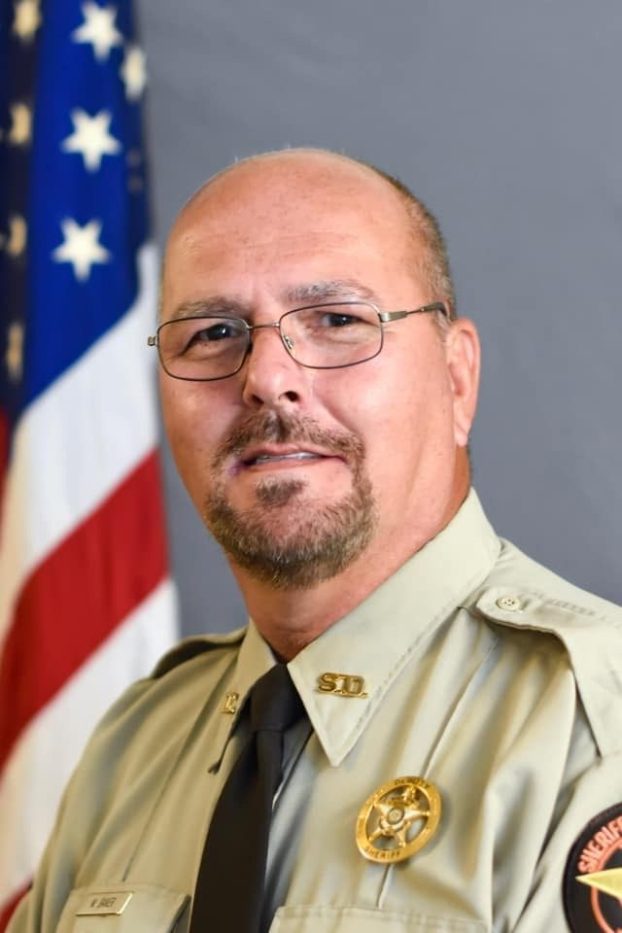 Baker said that he was given three to six months left to live but is not going down without a fight.

Recently, when Baker was working a traffic stop searching for contraband, he said he got very sick and overheated. Within the next two days, Baker knew he had to go to the hospital.

“I just didn’t feel right … I thought it was a heart attack,” Baker said. “They did a CT scan and discovered two masses on me.”

Baker said he woke up from his EGD test, esophagogastroduodenoscopy, and the doctor informed him he had bad news.

“I asked, ‘it’s cancer isn’t it,’” Baker said. “I am not going by their clock. I am going to go by God’s clock. Maybe a miracle can happen, and I am going to try to beat the odds.”

Baker’s TCSO family is doing what it can to help by hosting a benefit ride for him.

“This is us stepping up and helping him,” said Keith Flory, TCSO major of operations. “What we have done with this benefit ride is going to be for motorcycles, jeeps, classic cars or hotrods or anybody that has a sportscar. This was a good way to raise money for the family.”

Major Flory said that Baker is a well-known, well-liked deputy that everyone at the department wants to do extra for right now as he battles cancer.

“All money raised from the benefit ride will go to medical bills that occur with these things,” Flory said. “We want to try and get him through. We’ve got to be able to help keep the family above water.”

Baker and his wife, Misty, are no strangers to fighting cancer. In 2016, Misty’s doctors removed a 17 pound tumor from her ovaries.

“I stood by her through that and now she is my rock,” Baker said. “Between my wife, God and all my friends I am going to be OK.”

Through the process, Baker said the benefit ride, his TCSO family and Sheriff James Woodruff have been a “godsend.”

“His kindness (Woodruff) and encouragement is more than what you would ever expect from someone,” Baker said. “I can’t say enough good things.”

The benefit ride for Billy Baker, hosted by TCSO and Jackson services, will be Saturday, Aug. 10 at from 9 a.m. to 2 p.m. The ride will begin at 11 a.m. starting at the Elks Lodge in LaGrange. It is $25 per vehicle, $5 per passenger and lunch is included with registration of the vehicle.

Flory said that multiple bike groups are helping, and the sheriff will be the auctioneer for the auction after the ride.

“We go through life every day and get up and go to work like it is a normal day,” Flory said. “All of a sudden you get news that your friend does not have much longer to live and so you step up and say today is no longer a normal day.”

Flory said this event is not only important because of the financial burden that it will help lift some but also because of the man Baker is to the community.

“This guy lights up your day,” Flory said. “Billy is the kind of guy when he came around it brightened your day. Billy is a great guy and he is leaving a good legacy in law enforcement.”

On the day of the ride, Baker said if his ‘body is still upright,’ he is going to make it a point to be there.

“I got to tell these people how much I appreciate them with everything going on,” Baker said. “I am just so thankful and overwhelmed with gratitude.

It’s absolutely touching to see what the community is doing, and I appreciate it so much. I’m going to give this fight my best shot.”

The City of LaGrange held its monthly litter cleanup over the weekend to much success, as approximately 50 people met... read more