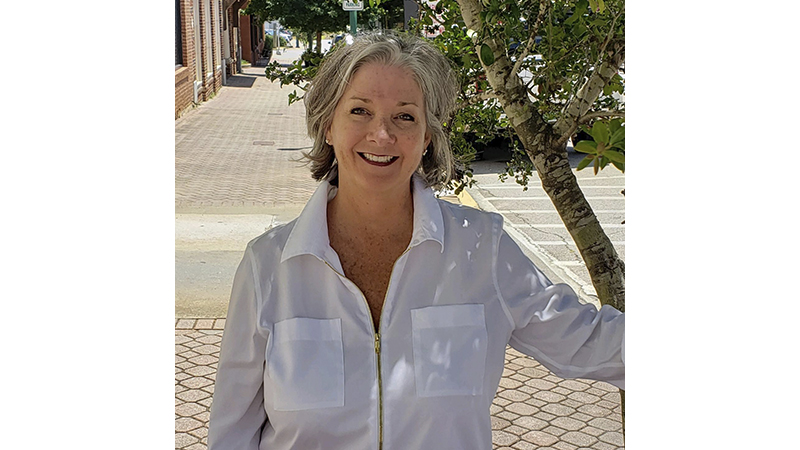 Kathy Tilley has been named the interim president and CEO of the LaGrange-Troup County Chamber of Commerce.

Tilley, who serves as the executive director of the Troup County Center for Strategic Planning, agreed to take on the position Wednesday morning, and her new role was approved by the chamber board soon after. Page Estes, who had served in that role for 10 years, resigned on Monday.

“I am looking forward to being involved in the future of the chamber,” Tilley said in a chamber press release. “We have a strong, active membership base, and the support of great organizations throughout the county. It is an exciting time in our community.”

Tilley will remain in her role as executive director of the Troup County Center for Strategic Planning during this transition time, according to the press release. She has been with strategic planning for five years and prior to that was in sales and marketing with Callaway Gardens for nearly 20 years.

Tilley also worked as director of sales and marketing for DASH for LaGrange during its early years.

Marlene Rhodes, chairman of the chamber’s executive board, said that Tilley’s role on the Troup County Strategic Planning Board, which allows her to work with both county and city leaders, made her an easy choice for the position.

“I’ve worked with her over the past year, and she’s on our finance committee,” Rhodes said.

“She’s already heavily involved and has shown in her current role in strategic planning that she has leadership abilities needed and is able to work with people to get great outcomes.”

“A successful chamber is a strategic part of a healthy community, and the center has a vested interest in helping the chamber continue its long history of excellence,” said County Commission Chair Patrick Crews in the press release. “The Center’s Board of Directors is in complete support of Kathy taking on this role.”

Dale Jackson, who is leading the chamber’s transition committee, said he plans to follow the same plan that the Troup County School System laid out to find its new superintendent.

Jackson said that will mean engaging community partners and community leaders in a thorough search.

“We definitely want to reach out to members of the chamber and to allow for open dialogue and discussion and opinions on what they are looking for in the next president,” Jackson said. “We also will extend that same opportunity to our community partners, like the City of LaGrange, the county, the hospital and all of the industry here in LaGrange and Troup County.”

He said he would like to have a permanent replacement hired in three to five months.

“We view the importance of this decision as something we don’t want to take lightly, so I would like it to take at a minimum of three months to find a permanent replacement,” Jackson said.

The chamber is down to just three employees with Tilley’s hiring, but Jackson expressed confidence that everything will move smoothly under this transition until a full-time president is hired.

“We’re committed and going full steam ahead to make sure commitments the chamber has already made are met and that we don’t miss a beat,” Jackson said.

“We are still going to have our chamber breakfast in August.”

Rhodes said many in the community had reached out to try to assist the chamber in any way possible, realizing the transition meant they were a bit shorthanded.

“It has really touched me today, the outpouring of people wanting to volunteer and help,” Rhodes said. “To me that shows the passion that a lot of the people in the community have for LaGrange and Troup County.”

Jackson said Speer Burdette, who recently retired as president of the Callaway Foundation, is going to work with the chamber to ensure everything stays financially sound.

“It will be good to have someone with his financial background and abilities to be a backup for our accountant here,” Rhodes said.

Neither Jackson nor Rhodes would expand on why Estes resigned after 10 years in her position.

When asked if she was asked to resign, Jackson said “Page resigned.”

“We really just want to look forward and focus on the positives, where we are heading and our future,” Rhodes said.

The chamber has more than 900 members, and Jackson said he believes it’s one of the best chambers in the state.

“There’s a lot of industry that heavily invested in the chamber,” Jackson said. “It’s critical that our chamber remain vibrant and moving forward and in a leadership role in Troup County.”