St. Paul and The Broken Bones packs out Sweeetland Amphitheatre 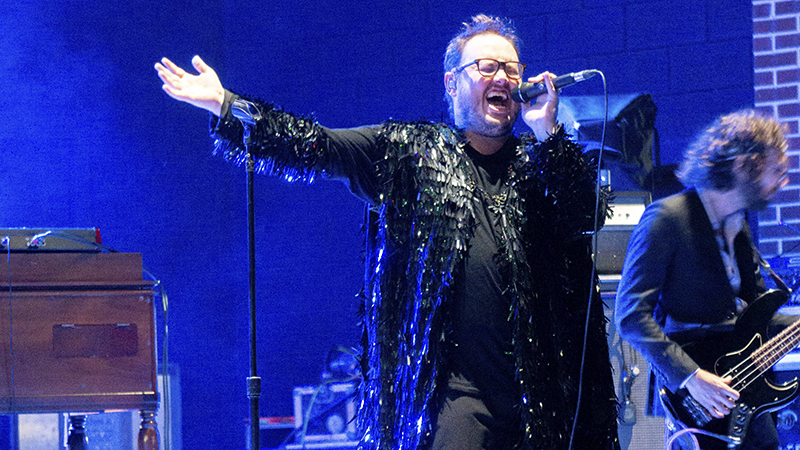 St. Paul and The Broken Bones began their musical career in open mic joints in Birmingham, but now tour all over the country with hits like ‘Call Me,’ and ‘Flow with It,’ songs that have millions of listens on Spotify.

The band hit the Sweetland stage with soulful sounds, jazzy beats and meaningful lyrics that left the crowd dancing and eager for more.

Fans like Joe and Heather Gooden travelled to LaGrange from Buford, Georgia, to see their favorite band, but left with a new favorite concert destination spot.

“We had seen St. Paul and The Broken Bones at The Fox in Atlanta, but here it just feels so intimate,” Heather Gooden said when asked why she had been in attendance at the concert. “I feel like in a small town like this, the atmosphere is so genuine.”

Chase and Amanda Eiland from Columbus, Georgia, spoke similarly about the atmosphere and the town, but overall the couple was just excited to see a band they have loved for years.

“We’ve known about them since the release of their first album, they used to come and play at The Loft in Columbus,” Amanda Eiland said.

“You just can’t resist the energy this band brings to a concert,” Chase Eiland added. “We love the blues, and they just have such a unique sound.”

Linqa Franqua, a native of Athens, Georgia, brought a mix of feminism and political ideology to the stage as the opening act for St. Paul and the Broken Bones.

Her hip hop beats were mixed herself, as she brought a unique and genuine style to the Sweetland stage.

Julie and Wes Allen from Atlanta came for Franqua, loving her music and the message she sends.

“She’s got something to say, and she’s going to say it,” Wes Allen said. “She’s got the best energy; she loves female empowerment and she’s hard into community service.”

Franqua believes in democracy and wants to use her voice in music to make a difference. Franqua was thrilled to be sharing the stage with St Paul and the Broken Bones, a band that she says mystifies her, and is one of her mother’s favorites.

Kevin Leon, drummer for St. Paul and the Broken Bones, is a new fan of Sweetland and said that he would like to come back and play again. Although not sure how he ended up in Lagrange, he thoroughly enjoyed playing here.

“This is a really beautiful amphitheater,” Leon said. “Seriously, it’s like really super clean, the sound system is awesome, and people have been super sweet.”

St. Paul and the Broken Bones, along with Franqua, filled Sweetland with an original taste of heart, passion, and a soul on Thursday night, leaving audience members enticed with music and a message.