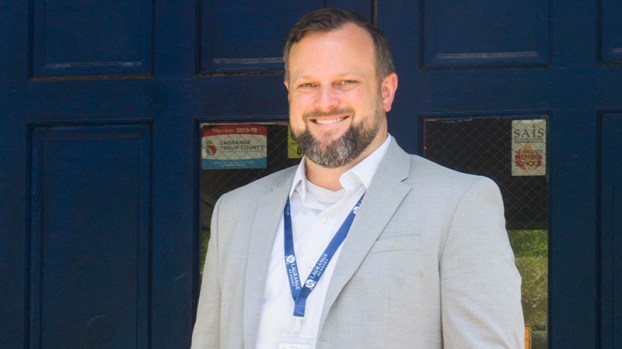 20 Under 40: Head of LaGrange Academy believes key is supporting students

Brian Dolinger may not have grown up in LaGrange, but after less than three years of living here, he and his family already feel right at home.

“I love the feel of this city because we are able to be connected to so much of our community,” Dolinger said. “It’s been an excellent transition. Our quality of life has improved so much.”

Dolinger moved to LaGrange with his wife, Christy, and their three children when he was offered the job as LaGrange Academy’s Head of School.

“We were looking at several different opportunities, and this one seemed like a great fit,” Dolinger said. “We really fell in love with this area and all of the things that are happening at the Academy.”

Dolinger began his career in education as a middle school math and science teacher in Texas. Prior to his move to LaGrange, he was the middle school principal at Greater Atlanta Christian School in Atlanta.

He and his wife even spent time in Africa, teaching the children of missionaries in Togo. Later on, Dolinger became a founding director of a school in Rwanda. He held his first administrative position at this school. It was his experiences in administration that made Dolinger realize he wanted to have a similar job when he moved to LaGrange.

“I knew that having that opportunity to connect with families and help shape the culture of an entire school was something I wanted,” he said.

Dolinger said that being able to connect with students is the best part of his job. He said that LaGrange Academy students are supported and by their teachers, administrators, and parents as they are prepared for college.

“It’s a true community partnership where every piece of the puzzle fits together very nicely,” he said.

Dolinger considers his biggest life accomplishment as being a father to Levi, Lydia, and Esther. He said these personal things are at the core of who he is as a person.

“As a leader, I want to be someone who is supporting those around me. I’m passionate about shaping our future. I really, truly believe that education is doing just that,” he said. “I think that the most important of occupations is shaping our students, because one day, they’ll be the ones taking care of us.”

In his free time, Dolinger plays guitar in a local band, is a member of the Rotary Club and is actively involved in his church.

20 Under 40: LaGrange native making a difference in mental health discussion

Growing up in LaGrange, Tamlin Hall, 39, had no idea he would create a movie that would be filmed in... read more