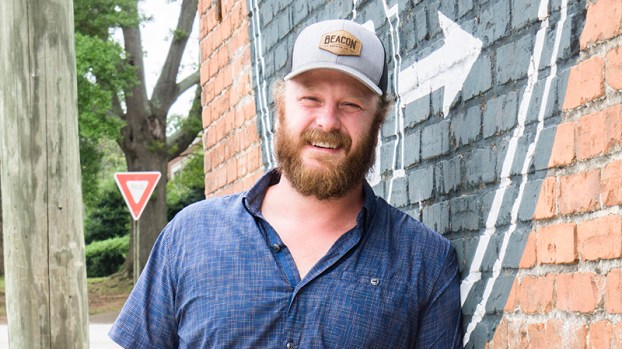 At 33, Chase Hudson co-runs two restaurants and one brewery.

“We (Hudson’s father and him) started C’Sons about 10 years ago this year,” Hudson said.

“At that time, there were not a whole lot of restaurants in LaGrange.”

“We wanted to make sure we did our part individually to give LaGrange some options,” Hudson said. “About a year-and-a-half later, we opened Mare Sol to have some variety. We then started toying with the idea of a brewery about five or six years ago.”

Hudson said the dream to have a brewery and make LaGrange a destination place for brewing was something the two had for a long time. Now, with two other commercial brewers and Beacon in Troup County, Hudson is watching that dream come true.

“We are impacting the community and providing jobs,” Hudson said. “Restaurants and breweries are a good way to kick off economic development in areas.”

When Hudson is not in the kitchen at his two restaurants or canning his latest brew of beer, he is spending time with his wife, Beth, of eight years, and 19-month-old son Ben. Hudson is also on the board at LaGrange Academy.

“It is nice to have the academy on the edge of Hillside and a strong private school is important to a community along with a strong public-school system,” Hudson said. “My wife and I both went to the academy, and we met there in third grade. I felt like it was the right time to do something like that.”

Hudson recently finished his two-year-term on the Callaway Foundation board as well.

Every day is long hours and hard work for Hudson, and he said there is usually no days off for him.

“Every day is really different,” Hudson said.  “Because they are all so different it is nice because I can spend one day brewing here (Beacon) for eight hours straight, then the next day I’ll go work the floor at Mare Sol and then we can have a canning day here the day after that. It is a lot of variety, which is nice.”

Hudson said the success of his businesses is due to the support of family and the sacrifices he has had to make.

“I am thankful for all the support I have been given and very blessed,” Hudson said.

­— Story and photos by Jenna Oden

When she’s not helping people with business licenses or building permits, Brittany Jackson, 34, enjoys volunteering with her church and... read more