20 Under 40: Jackson says father’s legacy led him to LaGrange 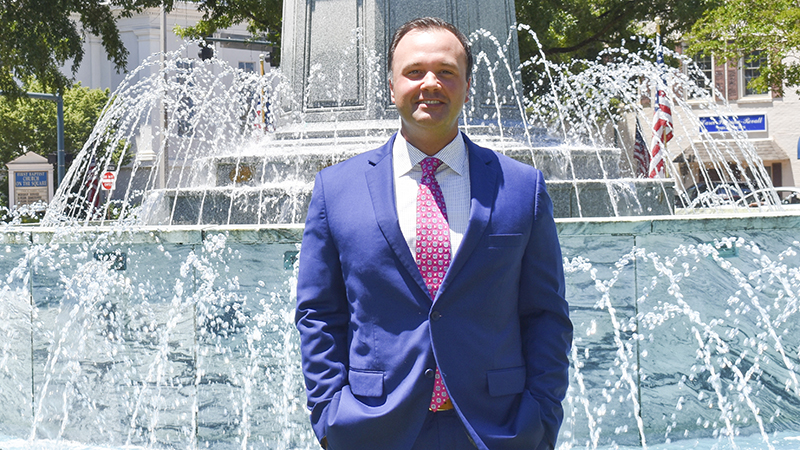 Jamey Jackson’s exposure to LaGrange is somewhat unique compared to most. A native of Macon, Jackson spent time in Louisville as a young child before moving to LaGrange when he was approximately 10. His family spent six years in the local area before moving back to northern Kentucky, where he finished high school. After high school, he spent time at the University of Kentucky before taking a job with Kelly Services, a workforce solutions company. The job at Kelly led to a position with Malone Staffing Solutions, where Jackson now serves as the Executive Vice President.

Jackson’s first stint in LaGrange as a child was a product of his father’s job. His father, the late Randy Jackson, first came to LaGrange to help his then-employer Alcan Aluminum open a plant. However, Randy Jackson is more well-known throughout the local area for his second stint in the community, when he served as chief administration officer for Kia Motors Manufacturing Georgia.

“He was one of the very first Americans hired here,” Jamey Jackson said of his father. “He helped basically build the entire organization. He was the head of anything dealing with administration.”

While his father did not recruit Kia to West Point, Randy Jackson helped build the company’s workforce, managed its growth, served as the company’s spokesman and helped coordinate with both foreign investors and state government agencies. He was an integral cog in Kia’s growth and the economic development throughout the area that came along as a result.

Randy Jackson passed away, suddenly and tragically, on May 20, 2016, as the result of a sudden heart attack. He died en route to South Korea, on an economic development mission to bring more jobs back to Troup County. The tragedy and resulting experience left his son faced with an important question and realization.

“It was the most life-altering experience I’ve ever gone through,” Jamey Jackson said. “When we had his funeral service, we had to use Kia’s training center for his public service, I think we had 1,100 people there. After that, my wife and I said ‘What are we doing with our lives? Because if that happened to us tomorrow, 1,100 people aren’t showing up for us.’”

Jackson, still living in Kentucky at the time, was inspired by the legacy his father had created and left, and wanted to be the one to pick up that torch and carry it forward.

“It inspired me to say, ‘If anybody is going to try and carry on my dad’s legacy, it should be me,’” Jamey Jackson said. “That’s what brought me here.”

Now, Jamey gets to reminisce often about his father, living in the community where he left such an impact. Jamey’s work now is similar to the work done by his father, in the sense that Jamey is committed to helping company’s grow by helping them find the right people.

“I enjoy the relationship side, I enjoy the people interaction both on the client and candidate side,” Jamey said. “Even more than that, I find great satisfaction in solving a client’s issues via people.”