20 Under 40: LaGrange native making a difference in mental health discussion 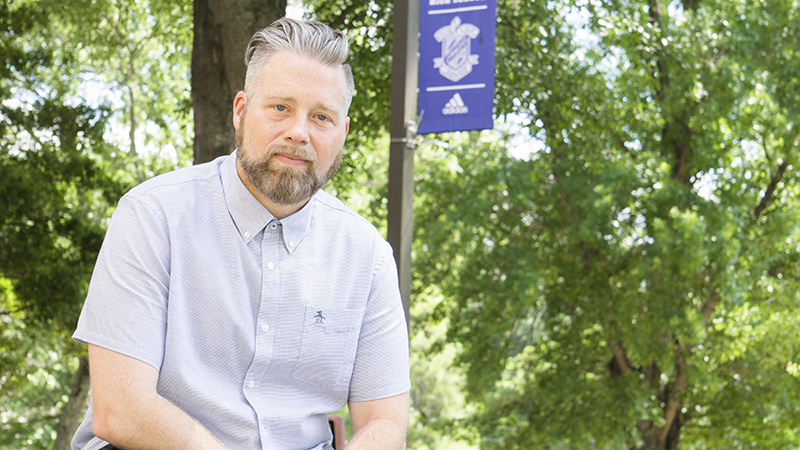 Growing up in LaGrange, Tamlin Hall, 39, had no idea he would create a movie that would be filmed in his hometown, start a movement that has spread nationally or teach others how to act and screenwrite.

“After graduating from LaGrange High School in ‘97 when football was really rocking and rolling, I went to the University of Georgia and got my degree in agricultural economics. Then, I moved out to Orlando to do accounting software for a produce industry,” Hall said. “I was really unhappy after about six months. I felt that God was calling me to be an actor, and I didn’t know anyone in the arts because I had an AG degree.”

After acting some in Orlando, Florida, Hall moved to Los Angeles and was accepted to Chicago Steppenwolf Theater and began his writing career. After three years of “sitting on the decision,” Hall decided to tell his childhood friend’s, Holden Layfield, story.

“I had a calling to tell Holden’s story,” Hall said. “We all have a sensor saying we are not good enough and that sensor got to me when it came to telling Holden’s story. I finally reached out to his family with a 13-page letter that I sent snail mail. I wanted to start a discussion of humanity and compassion and wanted to do it with (the movie) ‘Holden On.’”

Hall’s movie premiered in 2017 at the Atlanta Film Festival. Since then, the film has kickstarted a series of events and almost 20 awards in Hall’s life that include conferences throughout the country, a music festival, screenings of the movie on a national level and an honor from the state capitals in the Georgia General Assembly.

“It is an incredible opportunity to be able to provide that type of education with rural communities,” Hall said. “Believe in yourself before anyone else does.”

Currently, Hall is living in Atlanta with his wife, Esti, and two new twin boys, Hendrix and Brock, traveling across America to be a keynote speaker or screen his film and teaching screenwriting at the Atlanta Writers Club and Emory University. However, he still makes several trips back into LaGrange to focus on his nonprofit, IAMHOLDENON.

“When I leave this world, if I have done something then I will be happy,” Hall said. “It’s not about us, it’s about everyone here after we are gone. God digs it, and I think that is something that I honor. And it’s a struggle, but it is incredibly rewarding.”

— Story and photos by Jenna Oden

20 Under 40: Scott serves community through role at…