20 Under 40: Sands has seen Kia transform hometown of West Point 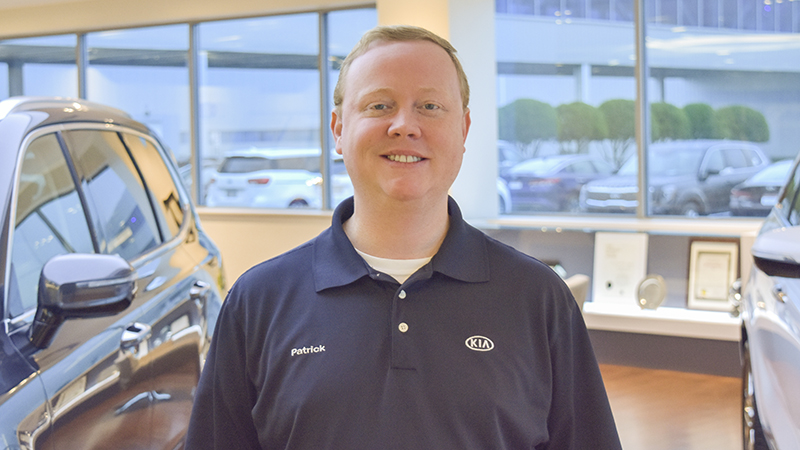 Growing up, Patrick Sands never thought he would have the job he currently holds. Primarily because he never thought the parent company of his employer, Kia Motors, would decide to make his childhood community the site of a massive, international automotive hub. However, this is exactly what happened as Kia Motors Manufacturing Georgia broke ground in West Point in 2006 and began producing vehicles in 2009.

“I never dreamed in a million years they would build a plant like this, literally in my backyard,” Sands said. “It has just been crazy. It seems like just yesterday that all that happened.”

Sands is KMMG’s public relations manager and has worked for the company for more than a decade, joining the team in 2008.

The 39-year-old Lanett native and resident has seen his job change over the years, and has enjoyed the ride.

Prior to his time at KMMG, Sands graduated from Lanett High School in 1998, then attended Auburn University before returning to his hometown. He took a job working for his hometown newspaper, the Valley Times-News, as a general assignment reporter, which kept him busy.

“Every ribbon cutting, every Friday night football game, high school basketball games, just generally everything that was going on, I was there,” Sands said. “I learned a ton. When I left there, I really felt like I knew everybody in the community.”

Sands left the newspaper in May 2008 to take a position with Kia, and has not looked back since, working in public relations for the entirety of his tenure with the car manufacturing giant.

“That was pretty cool,” Sands said of the promotion. “I started off mainly on the external side and then over the years that became more internal and external.”

In his role as assistant manager, Sands worked on communication projects for KMMG both for public consumption and for internal use only.

“We have a weekly newsletter that we send out, we have a magazine that goes home to employees, we also have really started to incorporate television into what we do here,” Sands said. “We have more than 75 internal televisions that we are able to control and shoot out a lot of content to those.”

Sands’ upward trajectory with KMMG continued in December of 2018, when he was promoted to manager of public relations.

“It has really been the wildest 10 years,” Sands said. “We never have a dull moment, it’s a fun place to work and you really get to see the impact it has had.”

Sands and his wife Sara, a Valley native, have two children who both attend Springwood School, Emily and Ryan.