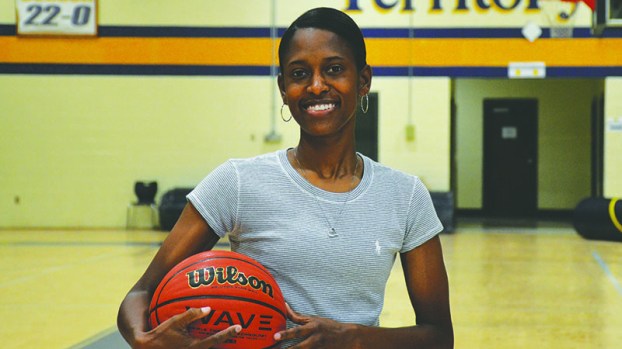 20 Under 40: Thornton balances will to win with focus on building leaders

It was a blessing in disguise.

Carla Thornton was a freshman basketball player at Bethune-Cookman (Fla.) when she suffered a major injury, hampering her college career before it even started.

At the time, it seemed like a catastrophic blow for a player looking to make it on the college level after an exceptional prep career at Callaway High.

“I went down there, and had a chance to be the backup point guard my freshman year (in 2002),” Thornton said. “I tore my ACL the first practice, and that kind of derailed my career. But everything happens for a reason. That’s when I got into watching the game. I changed my major from marketing to education after that.”

Thornton went from playing to watching, from participating to observing, and that helped foster a passion for coaching that is still going strong 15 years later.

Thornton is heading into her 10th season as the head girls’ coach at Troup High, and that comes on the heels of two successful years leading Gardner Newman Middle School’s girls’ program. It all goes back to those days at Bethune Cookman when she received invaluable on-the-job training.

“My coach at the time, she let me be involved in a lot of things,” Thornton said. “She showed me the ins and out, had me watching film with her and sitting by them on the bench. It was a great learning experience.”

After graduating from Bethune Cookman, Thornton’s intent was to remain in Florida, but the desire to be closer to an ailing grandfather brought her back to Troup County.

“My grandfather got sick, and at the time we didn’t think he was going to make it,” Thornton said. “I came home to be with him.”

Thornton led the Lady Mustangs to a league championship in her first year at Gardner Newman, and they made it back-to-back titles the following season. Ricky Thrash, at the time an assistant principal at Troup High, persuaded Thornton to follow a new career path, convincing her to come to his school to become the girls’ basketball coach.

“Sometimes, it takes a challenge to bring out the best in you,” said Thornton, who grew up in West Point where some of the Troup players come from. “Sometimes you get comfortable. It was something I needed at that time in my life and in my career.”

Thornton had some early success at Troup, leading the team to a region championship and a spot in the state quarterfinals. While the competitive fire burns brightly for Thornton, she balances that desire to win with an effort to make the gym a refuge, a happy place for the players.

Brewing beer is a unique form of science, something Wild Leap Brewery co-founder Anthony Rodriguez discovered when he was working... read more