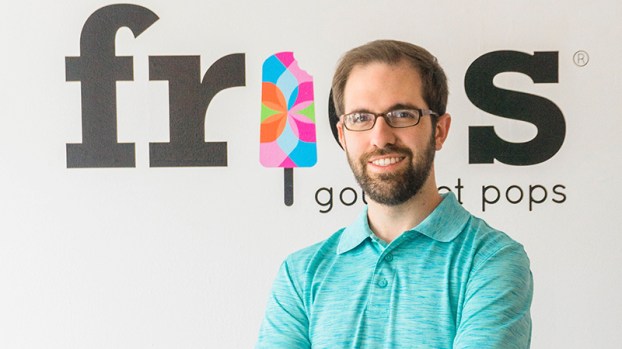 Growing up, Matt Oleson always knew that he wanted to own his own business.

The 30-year-old LaGrange native graduated from LaGrange College with a business degree, so he was well-prepared to make his dream come true in July of 2017 when he opened his own franchise of the Frios popsicle business. Oleson, who hopes to one day own several businesses, chose to open his first business in LaGrange because it offered the perks of a small town and has a good atmosphere.

“I never really had the desire to leave because I really love LaGrange and all that it has to offer,” he said.

Oleson admitted that many people were skeptical of him opening a popsicle business, but Frios has been able to stay open for the past two years, and it has prospered.

He said that Frios popsicles come in such a variety that people who have fruit allergies, are lactose intolerant or are gluten free can still enjoy several items on their menu.

“We really encompass a lot of dessert options that meet a lot of needs for people,” Oleson said. “We’ve got such a variety that we can provide something for everybody.”

Oleson’s favorite part about owning his own business is meeting new people.

“I really enjoy meeting new people and establishing friendships and relationships that last a lifetime,” he said. “Being able to see the smiles on peoples’ faces all the time when we serve the pops, it’s pretty rewarding just to see that.”

Aside from his job, Oleson also volunteers at First Baptist’s soup kitchen. He considers serving to be beneficial because it is another way he can contribute to bettering the LaGrange community.

“It really opens up my eyes to the community and some of the people who may get overlooked,” he said. “It’s my absolute favorite thing to do every Tuesday.”

Oleson is grateful that he can also give back to the LaGrange community in the form of pops.

“As far as starting my own business, I feel accomplished with that, but it pales in comparison to family,” Olesen said.

Oleson said he has a wonderful, close-knit immediate and extended family. He and wife, Lynsay, have a one-year-old son named Foster.

“I really enjoy what I do, but it wouldn’t be as valuable or meaningful if I didn’t have them or the love and support they give to back it up,” Oleson said. “Without them, this would all be for nothing.”

20 Under 40: Head of LaGrange Academy believes key is supporting students

Brian Dolinger may not have grown up in LaGrange, but after less than three years of living here, he and... read more