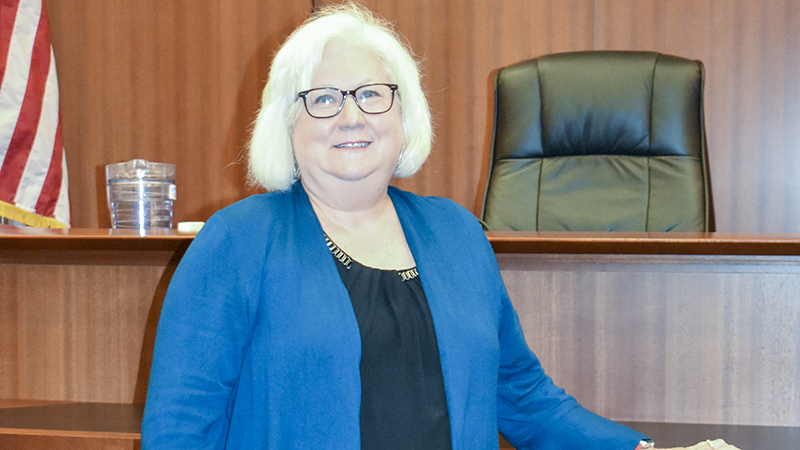 Taylor served under former Solicitor General Markette Baker prior to Baker’s appointment to the Superior Court of the Coweta Judicial Circuit.

“Since Markette received the phone call in May, I’ve been carrying both of our loads,” Taylor said. “That is just exhausting by itself but exciting. Markette did a great job, and there are big shoes to fill, but I am looking forward to taking it to the next level and taking the things we have going and being able to develop them.”

Taylor said that being in the position is exciting, but it also means a lot of responsibility because of the solicitor general’s role in the justice system. By choosing Taylor for the position, Kemp showed his confidence in her to do the job.

“As chief assistant solicitor and former private practice attorney, Sandra Taylor has always shown great integrity, skill and dedication to the citizens of her community,” Kemp said in a press release at the time of the announcement. “I look forward to Sandra continuing her laudable service to Troup County as solicitor general.”

Taylor said that because she has worked for both defense and prosecution, she has a perspective that she hopes will help the office and those it works to help.

“I did private practice for 25 years before I went to work for [the Troup County Solicitor General’s Office],” Taylor said. “A lot of my private practice was in family and domestic law and child custody, and my heart has always been in protecting children. We also in this office prosecute domestic violence, so it has always been a big part of where my heart is on protecting the family and making sure people have appropriate family relationships.”

She said she hopes to continue to pursue some of the programs that began during Baker’s tenure, while looking to expand other programs.

“We have that opportunity here with some of our alternative sentencing methods,” Taylor said. “It is not the ‘good old days’ of jail or fine. We have some creative stuff that we are able to do, and that is where we try to stay on the cutting edge of what is out there, what effectively changes behaviors that are damaging — physically or mentally.”

Taylor said that often the emotional damage can be just as important a consideration for victims as the physical.

Taylor said the Troup County Solicitor General’s Office plans to continue to partner with alternative courts like the DUI/Drug Court and Mental Health Court to end the reoffender cycle.

“There is some really neat stuff out there that hopefully helps people have better lives and live more productive lives as more productive citizens,” Taylor said. “We also have a pre-trial diversion program. We had one of the first ones. Markette started it. I have managed it for the last several years, but in that program, we can test out some of these things.”

Taylor was also named the chairman of the board of the Georgia Department of Juvenile Justice. She has served on the board since 2004.