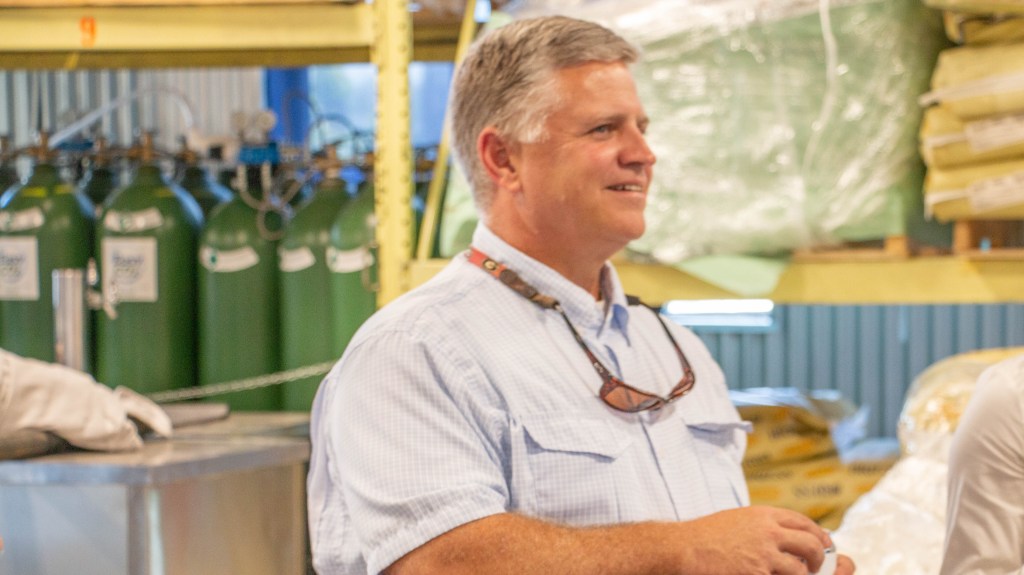 Drew Ferguson, who represents Georgia’s third Congressional district in the U.S. House of Representatives, stopped in LaGrange Friday afternoon to talk with local businesses about how internet has an influence on their businesses.

“We have switched to online responses in submitting grants,” Jennings said. “It is no longer making copies and sending them in, instead, we are scanning them.”

Albert said the change to online applications in the recent years has been a big change for them.

“We also use email marketing to target members, donors and we also want them to know about our exhibitions and all of our events,” Albert said. “We use our website so children can sign up for classes and then we also use social media to show our programming. We have audience development and engagement through that.”

Ferguson commented that having the free broadband internet access in LaGrange opens options for career and learning accessibilities.

“Broadband opens up a whole new world of educational and career opportunities and is critical to ensuring folks in Georgia’s Third district have access to the same opportunities as the rest of the country,” Ferguson said. “By providing all residents access to broadband, the LaGrange community has been at the forefront.”

Ferguson and the other representatives hit four shops in the downtown square and walked from each one. On their second stop, Rick Brock, owner of Golden’s Bike Shop, talked about how important it has been to share things on social media.

Brock said his main use of the internet is not only to help sell his inventory but also to drive a focus on his events.

“Pretty much everything I order is through the internet where I am connected with five or six suppliers,” Brock said. “I do a lot of live Facebook posts and have a wide charismatic personality.”

Before walking to the last stop, the group transitioned from art and bikes to cuisines. Tulla White Cuisine and Catering recently revamped its website, and manager Teresa Dutton said it was completely worth the cost.

“We saw an increased amount of people come to us,” Dutton said. “They can search the internet and see us. Our commercial events and catering come from people doing searches and seeing photos and us.”

Ferguson said that he was extremely impressed with their success along and the visual aspect work they do.

For the last stop, the group made their way to the end of Main Street to talk with Wild Leap co-owner Rob Goldstein about their rapid rise with the internet as the brewery planted its roots in LaGrange.

“Marketing and branding need to be just as important the liquid in the can,” Goldstein said. “It’s not about us, it is about the quality of passion doing what you love.”

Internet Association President and CEO, Michael Beckerman said that LaGrange is demonstrating how important it is for businesses and community to have access to the internet.

“Today we’re going to see how expanded access to the internet empowered the entire LaGrange community,” Beckerman said. “I’d like to thank Rep. Ferguson for his participation in today’s event, and look forward to finding new ways to empower American small businesses in Georgia and nationwide.”