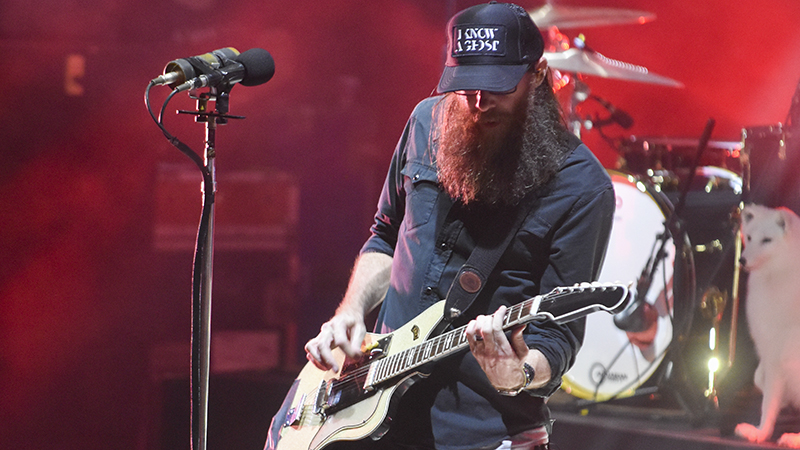 Over the weekend, Sweetland Amphitheatre had perhaps its busiest weekend since it opened with Christian music artist Crowder drawing a crowd on Friday and blues legend Mavis Staples on Saturday.

Crowder fans filled the amphitheater on Friday night, but the concert is expected to continue to have an impact on children around the world long after the last note was played that night.

Before Crowder took the stage on Friday night, Marc Prichett, the founder of RUSH Ministries, shared his personal experience with taking a child into his home and his life following a mission trip. He admitted that not everyone could adopt a child the way he and his wife did, but he encouraged families to sponsor a child through HOLT International.

“Not everyone can bring a child home and adopt them, but I’ll tell you what you can do. You can forsake drinking one cup of coffee and pour into a child and sponsor them and change their life forever,” Prichett said. “One family trip to McDonalds. Thirty-four bucks a month and you can change a life.”

According to Prichett, concert goers signed up to sponsor 97 children, some of which live in countries where they aren’t even allowed to have Bibles. Prichett said that RUSH Ministries hopes to bring more Christian artists to LaGrange in 2020.

Concert attendees also learned about a way to help children a little closer to home, when Benji Shepherd, who is known as DJ Frap on Joy FM, told them about #BeJoy Backpacks.

“There is no reason that any child in Troup County should go home on the weekend hungry,” Shepherd said. “Every one of you can do something about that because on Aug. 27 with #BeJoy Backpacks, you can bring some non-perishable food, and that food is going to go to a backpack program right here. It is going to be sent home with kids that need food on the weekend, and you can make a difference.”

“We are so happy to be with you this evening,” Staples said. “This is our very first time to visit you.”

On Saturday, the Downtown LaGrange Development Authority and downtown partners will host the final installment in its Sunsets at Sweetland series. The local band, Rye Ola, will perform, and “Ralph Breaks the Internet” will begin as soon as the sun sets, around 9 p.m.