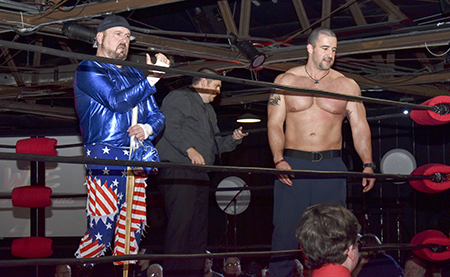 Full-time paramedic, part-time wresting coach Jeff Tucker has big plans for the future of the wrestling business in LaGrange. On Thursday, Aug. 15 Tucker plans to open a Professional Wrestling Academy to teach those ages 10 and up how to participate in fun, family-friendly, community wrestling.

Tucker plans to give wrestling a family-friendly atmosphere. The goal of the program is to expose those in the community to a new hobby that many have not tried before, while also training those interested in the art of wrestling.

“I want to give folks a family-friendly version of wrestling,” Tucker said. “We’re a Christian-based organization, and we just want folks to have a good time and try something new.”

Earlier in the year, Tucker held a benefit wrestling show for firefighters who had been injured and were in need of disability. Tucker said he knows a lot of the firefighters on disability personally, and he felt the need to give back to the community through his love of wrestling.

“Before wrestling, I’m a paramedic. I know a lot of these guys and I just want to be able to help them out in times of need,” Tucker said. “The night went pretty well. We ended up raising a lot of money for the firefighters.”

Tucker plans on having two separate wrestling academies, including junior wrestlers ages 10 to 17 and professionals ages 18 and up. Anyone is welcome to the academy, as Tucker hopes to attract anyone who has an interest in a new hobby.

Wednesday night shows will be held at the wrestling academy in order to get students in front of an audience. The shows are $5 per person, with kids ages five and under getting in for free. Concessions will be sold during shows as well.

“We make these shows pretty affordable, so that people can come and enjoy,” Tucker said. “We start the show around 7 p.m. to give people time to swing by and watch what our wrestlers can do.”

The Professional Wrestling Academy studio is located at 1605 Vernon Road in suite 2300.