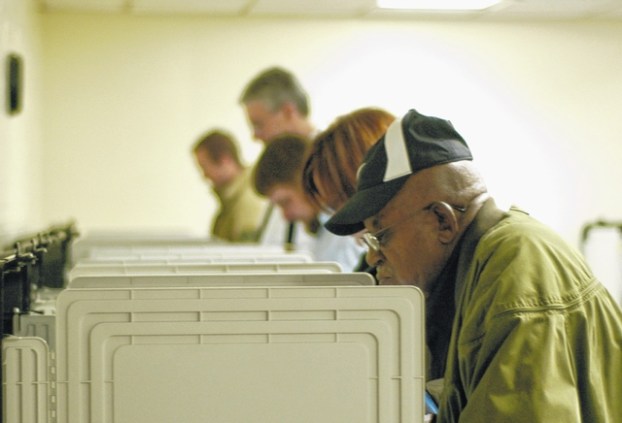 Anyone looking to run for an open position in the upcoming municipal elections will have the opportunity to register next week.

Qualifying dates will be held from Monday, Aug. 19 through Friday, Aug. 23 and will be from 8:30 a.m. to 4:30 p.m. each day and shall be conducted in the office of West Point City Clerk, Troup County Board of Elections and Registration and the office of the Hogansville City Clerk.

Elections will be held on Nov. 5.

Candidates have to qualify through the Troup County Board of Elections and Registration and pay fees, according to Troup County Elections Supervisor Andrew Harper.

Seats up for re-election include three spots on the Hogansville City Council — post three, post four and post five. Those three posts are currently held by Fred Higgins (post three), George Bailey (post four) and Theresa Strickland (post five). The qualifying fee for a Hogansville office is $108, which is 3 percent of the total gross salary of the preceding year, according to Georgia Election Code 21-2-131. LaGrange City Council also has three seats that are applicable.

West Point has four seats up for re- election, including the position of mayor and three council seats. The mayoral position, currently held by Steve Tramell, and council seats held by Sandra Thornton, Gerald Ledbetter and Deedee Williams are up for re-election. The qualifying fee for the office of mayor is $153, and it costs $90 for a seat on city council.

To qualify for a position in Georgia, candidates must be at least 21-years-old and must meet the requirements of a qualified voter of the city, as prescribed by state law.

The potential candidate and must have been a resident of the city for at least one year. No person will be eligible to be mayor or councilman who has been convicted of a crime involving moral turpitude, unless he has received a full pardon and has all rights of citizenship restored.

Next month the LaGrange Fire Department will run 110 flights of stairs to honor the men and women who lost... read more