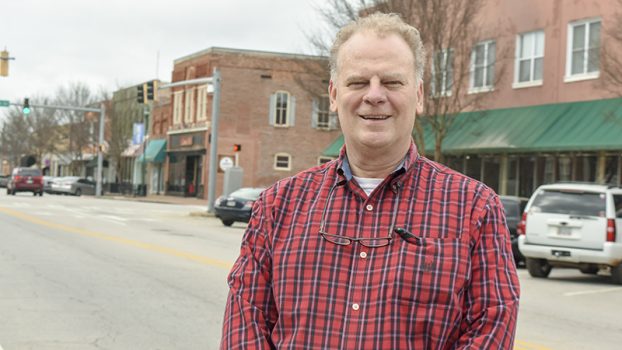 The ballot is set for Nov. 5 in West Point.

Incumbent Mayor Steve Tramell will run unopposed for mayor, but five candidates are vying for three seats on the West Point City Council.

Incumbents Gerald Ledbetter, Sandra Thronton and Deedee Williams, have all qualified to maintain their seats. They will be challenged by West Point Development Authority member Wiky Gladden and West Point resident Kesha Edwards-Coniglio.

Tramell said he was a little surprised he won’t face any opposition but that won’t keep him from working for the residents of West Point.

“I am very happy to have the opportunity to serve the citizens of West Point for the next four years, and I look forward to a lot of great things happening here in West Point,” Tramell said. “If we can just continue on the course we have been on, I think we are going to continue to improve and do better.”

Sandra Thornton, who has been on the council since 2003, said she’s excited about the opportunity to continue serving the city.

“I try to be a voice for the ones who are voiceless,” she said. “There are so many things that are in the process that we are trying to get done, and I want to be a part of that.”

She said she’s always been in the frame of mind that a councilperson never stops campaigning and that they should be involved throughout the whole term, not just during election time.

“The whole time you are in the seat, you are campaigning,” she said. “You should not wait until election time and then show up.”

Gerald Ledbetter was first elected in 2011 and is seeking a third term.

“It has been an honor to serve the past two terms,” he said. “I have a lot of encouragement from citizens in the community who have encouraged me to run again.”

He said the city had made progress during his time on council, and he wants to continue it.

The city council appointed Deedee Williams in April after Ben Wilcox vacated the seat. Williams will look continue her work by running for city council.

“I am committed to progress for the city,” she said. “And I feel that I can be effective as a council member.”

Williams fell short in two previous bids for mayor in 2015 and 2017. She said this time, she listed to some of her supporters to take a different route.

“After the last the election, I said that I would run for mayor,” she said. “There were a number of people during both times that I ran that said I should have served as a councilperson first.”

She said she didn’t intend to run for council until a seat became open on the council, but she felt she could have a different perspective as a councilwoman.

“I have been a resident of West Point my whole life, and I have seen good times and bad times,” Williams said. “I am hoping to be part of a leadership team that takes us to the next level.”

She said the mayor doesn’t act alone when making decisions for the city, and it takes the whole council to set policy.

“The mix of ideology on the council is more important right now than any one person,” she said.

“I just want to continue to serve the residents on the West Point City Council,” she said. “I just felt like that was the next step.”

She said West Point is moving in the right direction, and she wants to be part of it. She also wants to provide better educational and job opportunities for young people, while additionally helping with affordable housing.

Kesha Edwards-Coniglio has been contemplating running for council for several years and has finally jumped in with both feet.

“For many years, I have been involved in the LaGrange community and now it is time to serve the city I live in and love,” she said. “I have an opportunity to truly listen to the members of our community and be instrumental in the best interest of all the residents and business owners.”