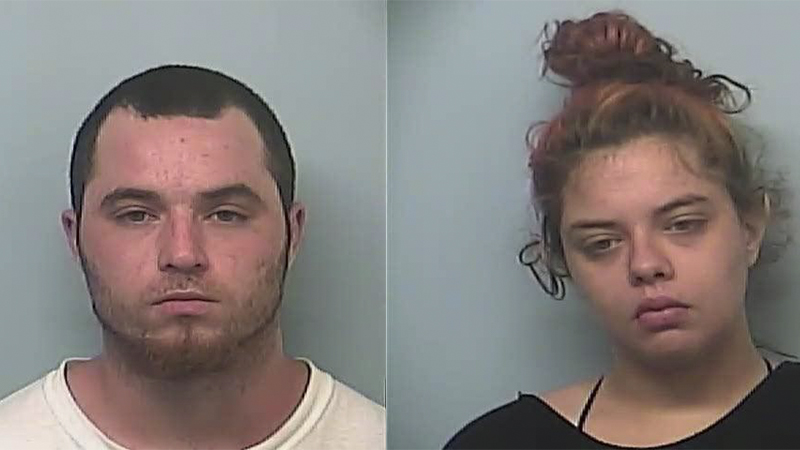 Two people have been arrested after allegedly stealing a truck that was parked at a gas pump.

The theft occurred on Sunday at around 9:14 p.m. at the Exxon Mobil Travel Center located at 2560 Whitesville Road. Within a couple of hours, police had arrested Clint Fulghum and Ashley Hall for their involvement with the theft, according to a press release from the LaGrange Police Department. Both were charged with theft by taking motor vehicle.

The vehicle’s owner told police that his 1997 Ford F150 had been stolen while it was parked at a gas pump, and officers placed a lookout on the vehicle and reviewed video from the store. The Troup County Sheriff’s Office located the vehicle in the 800 block of Hammett Road around 11:04 p.m.

According to the LPD press release, Fulghum provided detectives with a fictitious version of what happened, and Hall provided a false name to police as she had an active warrant for her arrest in an unrelated case.

Hall was also charged with obstruction of officer for providing a false name and birthdate.

Both Fulghum and Hall were transported to the Troup County Jail. The truck will be returned to the owner.