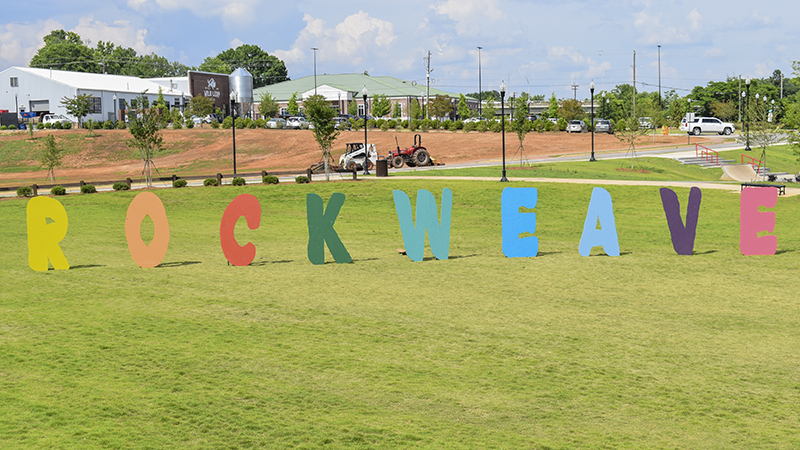 Tickets are already being sold, and quite a bit of yarn has already been woven, but on Tuesday, the Downtown LaGrange Development Authority approached the LaGrange City Council to make sure that tourism funding will be available for the Rockweave Music and Art Festival.

The Rockweave Music and Arts Festival is scheduled to take place in October, but with a list of artists designed to bring in 20 to 30-year-old concert goers already scheduled, the DLDA said Tuesday that funding is needed from the city to ensure the festival’s successful launch.

“It has gotten to a critical phase, and we want to make sure that we do everything we can to keep our commitments that we’ve got to these artists and to the agencies with the deposits,” said Bill Hunnicutt, executive director of DLDA. “It has just gotten to a critical phase where we need these funds to make this happen and pay these final expenses to get the festival off the ground this year.”

The festival was first discussed by the LaGrange City Council on Jan. 8, 2019, and the council committed some of its funding to the festival at that time. However, Tuesday’s request would account for virtually all of the city’s tourism funds allocated to product development with some funding coming straight from the city, according to information shared during the meeting.

“We talked about this the first of the year, and $55,000 was allocated at that time out of tourism funds, and [it was said] that they would come back later to talk about additional funding that would be needed,” City Manager Meg Kelsey said.

“They are requesting from tourism funds an additional $195,000. That funding is to pay for artist deposits.”

The request would help pay for the 2019 festival and potentially help keep it going in 2020.

However, some city council members expressed caution at planning for year two before seeing how year one goes.

This caution led to the proposal that the city give the money to the DLDA as a loan, with the possibility of loan forgiveness if the festival is a success and the city wants it back for a second year.

The setup would also give the newly formed Visit LaGrange tourism board the opportunity to weigh in on the festival.

“I want things to be paid and done, and I want to see this happen, but also, at the end of the day its if that is the right way that we should vote to bank $290,000 of our taxpayers and constituents’ money in something that may not happen next year,” Council Member Jim Arrington said.

Arrington also questioned what would happen if festival goers got overly rowdy, which would make any future festivals a less attractive prospect for the city.

However, the council generally spoke in favor of the general concept of the festival.

“It sounds like it is a good investment in our community and our future,” Council Member Tom Gore said.

Roughly 6,500 people are expected to attend the festival, according to Hunnicutt, but he also emphasized the festival’s ability to increase awareness for the city, while raising funds for local arts programs.

“All over the country, this is being shared, and it shows off LaGrange, Georgia, in a positive way,” Hunnicutt said. “The other piece is of course we are bringing money to the school system for art and music, which is definitely needed. They’ve cut most of their programs. Our goal is to bring back full staff for music at all the schools.”

Hunnicutt said that the DLDA has also had to do more marketing for the festival than originally anticipated due to the current state of tourism in the city. The newly formed Visit LaGrange board met for the first time on Tuesday.

“The DDA has had to supplement the checking account until other funds start coming in, so they are getting some ticket sales in — about $122,000 from the first ticket sales,” Kelsey said. “So, they are seeing money come in … They are hoping the funds that we give them will provide some carry over money for next year’s event, some startup funds to pay the artists because they have to start making payments early for the next festival.”

“When you look at it, it does come off after the festival is over,” Hunnicutt said. “The hope is that if y’all are going to have several hundred thousand dollars to start this for next year to get ahead of it. It has been a lot of work and a lot of effort to put it together because of the timing.”