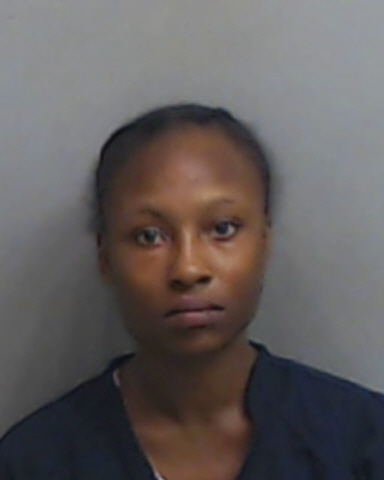 A LaGrange woman with active warrants out of Troup County was arrested in Atlanta on Aug. 18 for attacking and biting an Uber driver.

According to an incident report from the Atlanta Police Department, officers were dispatched to 14thStreet NW in Atlanta in regards to a female, 26-year-old Tasheena Campbell, who was involved with an altercation on the roadway.

A viral Twitter video is currently being shown on news stations across the country that shows Campbell climbing on the hood of an Uber vehicle, that Yasser Hadi, a 46-year-old Uber driver,

Campbell is then seen breaking the windshield wiper and attacking Hadi.

According to Hadi in the incident report, he was initially approached by Campbell after dropping off a customer.

Hadi told officers that Campbell approached him and began to argue with him for no apparent reason. He said she entered his vehicle and jumped on top of the hood, damaging his windshield wipers.

Hadi said that he attempted to grab the woman so she wouldn’t hit him. She then proceeded to bite him on the left side of his body, according to the police report.

Emergency medical services treated Hadi on the scene, but he refused any further treatment, according to Atlanta police.

Hadi posted a photo of his wound on a GoFundMepage he set up after the incident to help assist with medical and vehicle bills. He had raised $1,220 as of 3 p.m. Thursday afternoon.

The description of the GoFundMe reads, “Hi everybody, I’m Yasser Hadi, UBER driver 4.5 years in Atlanta with 11,500 trips. I got attacked by a woman when I dropped off my rides. I don’t have medical insurance and I don’t have enough money for fixing my car too. Please guys help me with that. Thank you so much and appreciate your help God bless all.”

According to the incident report, a bystander who filmed the video helped separate Campbell from Hadi.

After police arrived to the scene, the report said Campbell told officers that her belongings were stolen. The report also notes also did not seem aware of the incident that had just occurred.

Campbell was charged with battery and criminal trespass.

According to Atlanta police, Campbell was brought to the station where she proceeded to urinate on the floor and bang her head against the wall.

The City of LaGrange honored Walter Dowell Tuesday night for his 30 years of service to the city.  Dowell was... read more