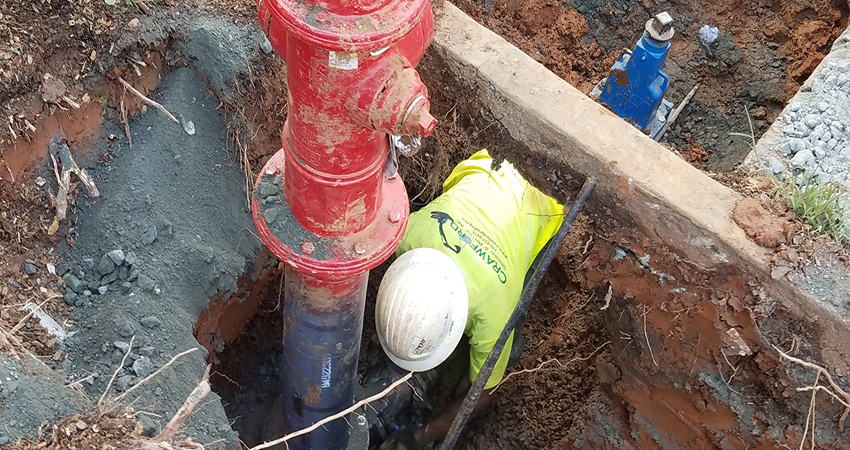 Gov. Brian Kemp announced Friday morning that the City of Hogansville was approved and will receive one of the largest infrastructure grants in the city’s history.

A grant totaling $750,000 will help fix the west side of the city’s water infrastructure, according to City Manager David Milliron.

“We are excited to get the news that it was approved,” Milliron said. “In the budget that was approved effective July 1, we went ahead and locked up half a million dollars to contribute, [in addition to] the grant.”

“We had concerns that we could not adequately fight a fire if we had to,” Milliron said. “They asked very specific questions to make sure the target area qualified for the federal grant funds.”

The staff documented all the water infrastructure, pressure issues and also took photo documentation where the infrastructure was falling apart.

“All the preliminary engineering work is done, so now the engineering firm will work with the city to put together the bid documents,” Milliron said. “Take the bid, vet the bids and then the package will be before the council. I anticipate that we could start the work later this year.”

Milliron said that CBDG gave the city the maximum amount of the grant.

“This plus the match [by the city] will cover 100 percent of the cost,” Milliron said.

“A lot of the credit goes to the mayor and council because they ponied up and earmarked the matching funds in the budget. They locked them up.”

The council committed to spend $527,500 in cash match and cash leverage for the project.

According to Milliron, the city has never spent that amount of money on a single project in infrastructure before.

“If we don’t fix the infrastructure, folks don’t get adequate water supply,” Milliron said. “This will address all the oldest infrastructure on the west end of the city.”

Milliron said that the city is supposed to give residents at minimum 20 pounds per square inch (psi) on an ongoing basis.

“There have been times where we have gotten readings down as low as 13 psi,” Milliron said. “That should not happen, and we have got to fix it.”

Milliron said the city is putting an end to “band aids” on the infrastructure.

“We are going to fix it, and fix it right,” Milliron said.