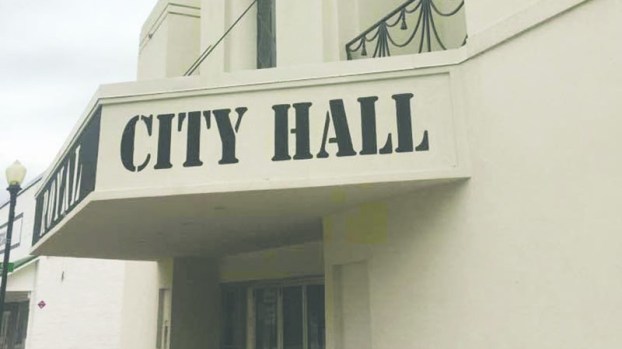 “We immediately stopped the project and notified the council because it is outside the contingency (of original costs),” City Manager David Milliron said.

James Jones, with Falcon Design, said that about 108 linear feet of the pipe would need to be replaced.

“Originally it was just supposed to be a small length of pipe under Lawrence Street,” Jones said. “We discussed with the contractor…going from the original contract price that would bring us up to $151,000 total at which point we discussed reducing the price of pipe length which they agreed to. We talked them down to $88,051.”

The cause of the damage to the pipe is undetermined, except for the fact that the pipe has aged significantly and shifted.

“Regardless, the road over there is in a sinkhole situation. We have it barricaded, and there is not really an option of not doing the work,” Milliron said. “It has to be done and fortunately, we are in a drought situation.”

The original budget for the emergency repairs effective July 1 was $48,201 with a 5 percent contingency allowance. With the new needed repairs, the council approved $92,454 to be used for the project.

Milliron also informed the council Monday night of his actions of fining Meriwether County Sewage Authority for its incompliancy of following a previous contract in place.

“In a nutshell, I have advised the council that we have been accepting sewage from the Meriwether County Sewage Authority,” Milliron said. “We have a contract in place, but it has been exceeded and has been causing issues that at one point it killed all the bacteria in our plant. It then disabled that plant for multiple weeks.”

Milliron said that the city has fined Meriwether tens of thousands of dollars, which then made Meriwether take notice.

“We have been working with them for two years to get them compliant,” Milliron said. “I am of the opinion that once we started heavily fining them, they at least took, notice and I suspect with the cooperation and work of city attorney that they (Meriwether) have also taken action.”

Councilman Fred Higgins asked if Meriwether “was playing games” with the city due to the lack of payment and communication from the sewage authority.

“Our city attorney engaged, and I think that has gotten folks on that side of the fence to sit up in their chair a little,” Milliron said.

Milliron said he hopes for hopeful compliance with the situation.

On a positive note, Hogansville natural gas Manager Ryan “Boots” Diaz, was honored for another month in a row for his work for the city.

“This year marks five years with the city,” Milliron said. “He has moved up in the city and has continued to do so. This is just another way of us showing our appreciation.”

4An amendment to a building permit ordinance that requires fees to the city, and permits from and by the city to build, move or add-on to a structure

4The approval of $10,000 for a new, used utility truck to replace one that was totaled in a wreck a week prior to the meeting

4To change agency providers for the gas department’s random drug screening tests that offers more services for less money. According to City Clerk Lisa Kelley, the city is currently paying $3,600 for its service with another agency but will only have to pay $1,440 annually with the new agency, Compliance Systems, LLC