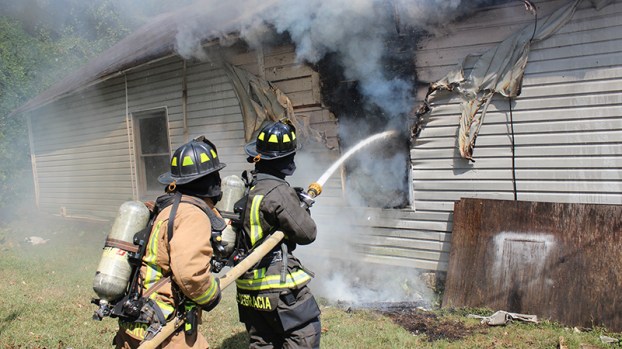 Fire on Miller Street under investigation

The LaGrange Fire Department is investigating a structure fire that occurred on Miller Street Wednesday afternoon.

Shortly after LFD was dispatched at 2:42 p.m., LFD arrived on the scene to a fire located in one of the bedrooms of the house. The firefighters then made an interior attack and quickly extinguished the fire.

According to LFD, the fire was called under control at 3:06 p.m. There were no reported injuries or person that were home at the time of the fire. Damages to the home are estimated at roughly $5,000, and the cause of the fire is still under investigation.

On Thursday night, the curtain once again opened for the King of Rock ‘n’ Roll — or at least his... read more