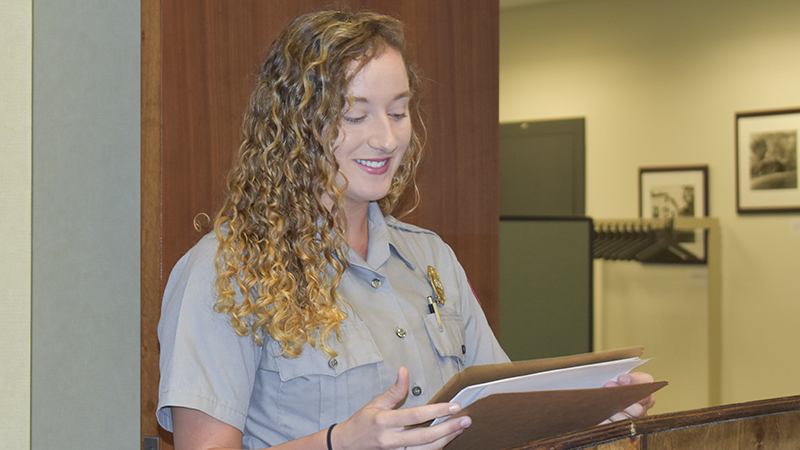 The Troup County Board of Commissioners heard a request Tuesday to partner with the U.S. Army Corps of Engineers and GLL Marine to support construction of a kayak launch just south of the West Point Dam. The proposed launch point would replace a gravel walkway at the same location with a safer to navigate concrete ramp.

Representatives from the local office of the U.S. Army Corps of Engineers said that they hope to receive a $25,000 grant to pay for the construction portion of the project, but local partners are needed in order to strengthen the application. According to information shared during the meeting, Troup County’s requested commitment would be for in-kind services in the form of assistance with planning the boat ramp. Local company GLL Marine is also expected to partner on the project.

“Just about every kayak trip in our area is starting right below West Point Dam and Hardley Creek,” said David Scott, natural resource manager with the U.S. Army Corps of Engineers. “[GLL Marine is] a provider of rental boats, and they are providing the transportation to and from. So, they are bringing dozens if not hundreds of people a day through Hardley Creek and down this path to launch these kayaks.”

The improved launch point could also improve emergency response time on the river. According to Scott, the nearest boat launch to Hardley Creek is currently three miles away, which equates to between 30 minutes and an hour by boat depending on the driver’s familiarity with the river and other variables. He said that many of the incidents that occur in the area are within view of the proposed boat ramp.

“Right now, if there is any sort of emergency that happens below the dam, we have to launch at West Point kayak launch,” said Danielle Clark, a park ranger with the U.S. Army Corps of Engineers. “That is three miles below the dam, and that can take up to an hour to respond to people if they are in any type of emergency operation. So, what we would like to do with the kayak launch is have some sort of stock in the middle that we can take in and out as we need it, so we can respond to emergency operations. That would only be accessible to us, the fire department, the sheriff’s department or police — [the agencies] that need it in emergencies.”

Commissioner Lewis Davis said the drastically improved response time to emergencies was one of the most important parts of the project.

If funding can be secured for the improved boat ramp, the updated design would also aim to make the river more accessible for people who might not be able to navigate the current access point.

“Right now, the access is limiting to people who are in any type of handicap situation,” Clark said.

“They have to take the foot path to the river, which is also muddy. They have to take steps, so it is limiting the people who can use the launch. It also might limit the age of people. You might not want young children using that. Putting in a concrete boat ramp would allow other people to use it as well.”

Scott said the design would encourage even more use of the river for increasingly popular paddle sports and would make the area easier to market. He noted that the Georgia State Championship Kayaking Tournament will take place on the Chattahoochee River and West Point Lake on Oct. 12 and 13.

“The paddle sport industry is really booming,” Scott said. “It’s been growing for quite a while. Here locally in our campgrounds and our parks, we’ve seen a huge uptick in paddle sports in general.”

However, the current launch point does not reflect that popularity and potential for high use.

“Ten years ago, when it was put in, it was just an afterthought,” Scott said.

“It was a quick fix to just put a foot trail type access to the river to keep people from crawling over rocks. So, we have this basically a gravel sidewalk that leads to a ramp now. Then once you get to the ramp, you are on a muddy river bank.”

Scott said that the improvement could lead to higher use, which would in turn make it easier to receive funding for other projects in the future.

“Ecotourism, as I’m heard you guys have heard from other entities, is a booming business in the state of Georgia, and so from the Corps standpoint, visitors coming into our parks is our lifeline,” Scott said. “That is how our budgets are loosely tied, but the bottom line is if we get an increase in visitors, we can justify a budget request that could relate to improving bathrooms, improvements in other facilities, even to our campgrounds.”

The Troup County Board of Commissioners will meet again on Tuesday at 9 a.m. at 100 Ridley Ave.