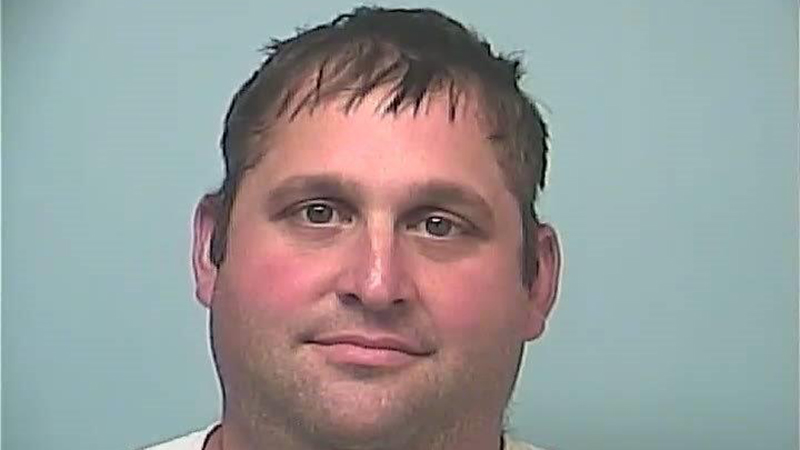 A video posted on Facebook Friday showing a man who was identified in the post as an off-duty Troup County firefighter, allegedly shows the man pointing a gun at another man outside of a LaGrange residence.

The video, which was posted on Linda Bradley’s personal Facebook page, is also accompanied with a caption alleging the man pointing the gun is Justin Caswell, who she identified as a Troup County firefighter.

Bradley is listed as a complainant in a LaGrange Police Department police report from Sept. 14, and the incident report appears to match what took place in the video.

Camp said no other information about Caswell’s employment would be released. However, past Troup County Commission minutes confirmed that Caswell was employed as a firefighter by the county for at least a decade.

A Facebook page with Caswell’s name also lists his employment at the Troup County Fire Department. As of Monday, the video Bradley posted had roughly 200 shares.

According to the Sept. 14 incident report, at 10:10 a.m. LPD officers responded to reports of a dispute on the 1000 block of Juniper Street. Caswell, who is listed as the landlord of the property, had reportedly been attempting to evict the current residents of the home for multiple weeks. Troup County property records also confirm that Caswell is the owner of the property.

The report stated Caswell had previously been advised by multiple officers as well as a judge not to enter the home without an officer or the marshal’s department present.

Upon arrival, a LPD officer spoke to residents at the property. According to the report, the officer was told Caswell had entered the home and began throwing the residents’ personal items out of the home through the front door. One of the residents reportedly asked Caswell to leave and then allegedly pulled out a knife.

Caswell then walked out of the front door and down the steps in front of the house to his truck, where he allegedly retrieved what the report says was a 9mm handgun. According to the report, Caswell then walked back up the steps, loaded a round into the chamber and pointed the gun at the head of the man who had taken out a knife inside the home.

Caswell reportedly told the officer that he pointed the gun at the tenant in self-defense.

Caswell was arrested for pointing a gun at another and criminal trespass, according to the police report and Troup County Jail records.

A phone number for Caswell went straight to voicemail, and Bradley did not immediately return a social media message.