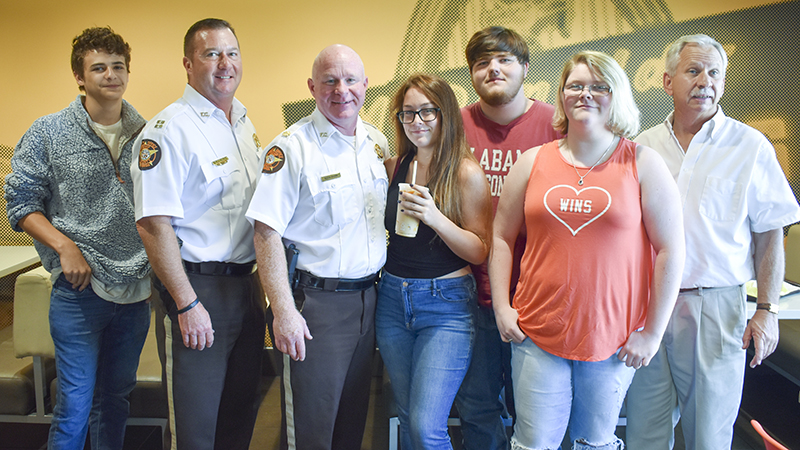 On Wednesday, local law enforcement sat down with citizens to sip piping hot cups of coffee and get to know one another as part of National Coffee with a Cop Day.

Troup County Sheriff’s Office deputies took part in the event by interacting with customers at the McDonald’s on Hogansville Road and Whitesville Road at breakfast, lunch and dinner. While many of the citizens who attended the event did so by accident, Sgt. Stewart Smith said that it was still went well for a first-time event.

“Anytime you’ve got events like this where you can interact with the community and build relationships with them, that gives them the chance to get to know us as people,” Smith said. “It allows us to get the chance to address any issues they may have in the community because we can do it one a one-on-one basis, and they get immediate feedback from us.”

National Coffee with a Cop Day began as part of National Community Policing Week in 2016, and the event is meant to encourage communication and positive interactions between law enforcement agencies and the public.

Smith said some of the partners over the national event reached out to TCSO to encourage it to participate.

“We received an invite from some of the managing partners with some of the McDonald’s,” Stewart said. “They are the ones who spearheaded it.”

The LaGrange Police Department enjoyed complimentary coffee and donuts at Dixie Donuts on Wednesday in honor of the event.