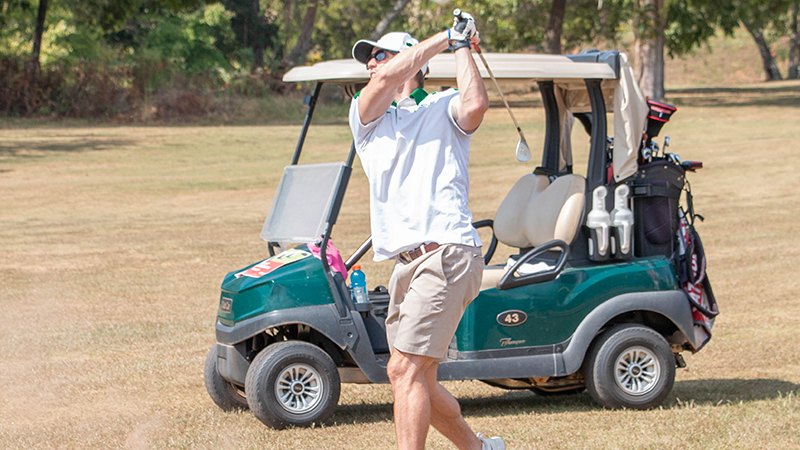 The Troup County Board of Realtors hosted its fourth annual golf tournament Friday afternoon at the Fields Golf Club. Each year, the board chooses an organization to donate the money to after the tournament is finished.

It may be a golf tournament, but the event was also a way for companies and realtors to network.

“They are making connections with other people in the community, while also competing against each other,” Maenhoudt said.

Fifteen teams registered for the tournament, which included 60 total players.

“It is a very community-like event and everyone has a great time,” Maenhoudt said. “There are a variety of companies out there and not just realtors.”

The TCBOR strives to follow its mission statement to serve the public and members through the practice of professional standards, ethics, the promotion of private property rights and community service.

“When we first started this in 2016, we chose to do a golf tournament because we wanted to have another way to fundraise for charities,” Maenhoudt said.

In addition to the golf tournament, TCBOR hosts its annual barbecue fundraiser from Sloppy Pig that benefits Camp Viola.

Competitors had the chance to win a car for the first hole-in-one on the eighth hole. Players also won prizes for closest to the pin and the longest drive.

Players could also win prizes through putting and chipping contests.