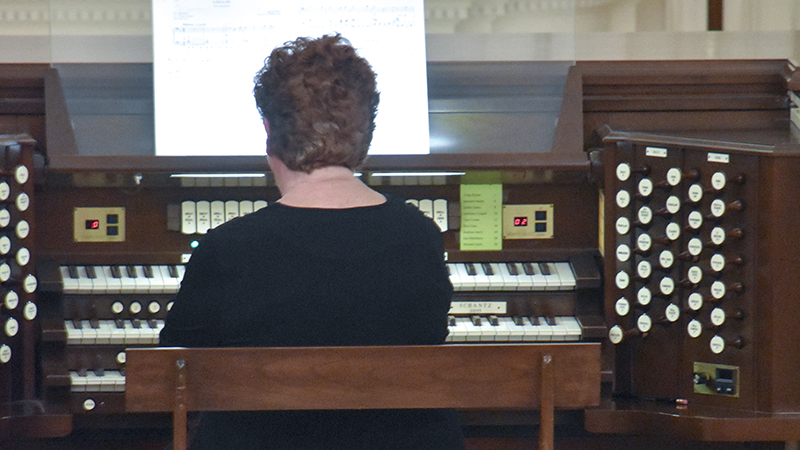 On Saturday, Oct. 26, The Choral Society of West Georgia will host the fourth annual Great Spooktacular Organ Concert at First United Methodist Church. The free concert takes place after the conclusion of the Downtown LaGrange Chili Cook off and Trick-Or-Treat and will feature nine local organists.

“A lot of them dress up in costumes and become characters, so it’s just a really relaxed, fun-filled evening with some really great music for free,” Biggs said.

Biggs said that her favorite part of the annual concert is watching local church organists step outside the hymns they usually play on Sunday and into frightfully fun costumes and musical choices.

“We always see them in the role of being a church organist,” Biggs said. “They are there on Sunday. They play our songs, our hymns. They play at our weddings. They play at our funerals. They support us in that particular venue. This is something very different. They actually get to step out of that role, and they become solo performers, choosing and picking the music that they would like to perform. It’s been quite successful.”

With renditions of Halloween songs readily recognizable to anyone from 4 to 104-years-old, Biggs said that the concert will be fun for all ages.

“We hope they’ll also bring their children,” Biggs said. “This is a type of concert I think [children] would enjoy, and I think they’ll recognize some of the music.”

This is the second year that the Spooktacular has been hosted at the FUMC. The church is able to fit a large crowd — with roughly 300 attendees at the event last year — and the sanctuary’s pipe organ is built to allow the organists to perform in full view of the audience, which Biggs said makes it ideal for the concert.

The Great Spooktacular Organ Concert is free and open to the public. The concert will take place in the sanctuary of First United Methodist Church of LaGrange at 401 Broad Street beginning at 7 p.m.