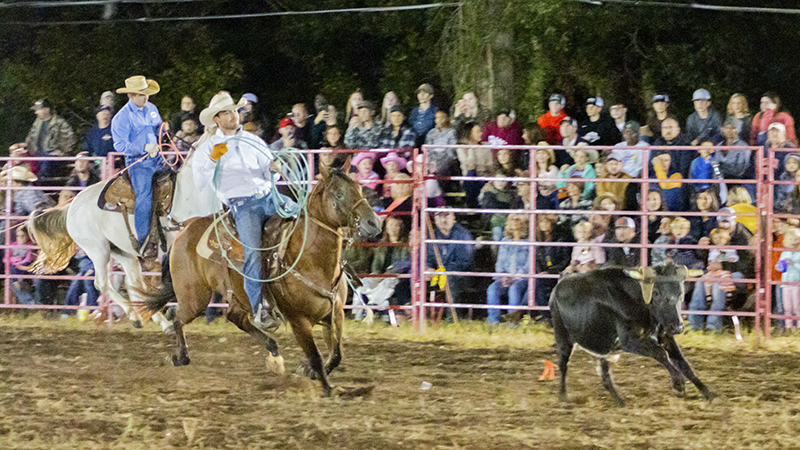 “We had a wonderful rodeo,” said organizer Bubba Oubre. “We had a complete sell out on Friday night,” he said. The weather didn’t cooperate Saturday, so those events were postponed until Sunday.

The event raised thousands of dollars for the First Responders Crisis Fund, a non-profit benefiting first responders dealing with adversity in their personal lives. Oubre said they do not have an exact total yet but confirmed, “We’re in the black.”

“The community really stepped up,” Oubre said. “We had some amazing sponsors and people helping us — Kia, Coca Cola, Batson Cook, Greene Super Drug, the Moon family, Ricky and John Wolfe, Ashley McCoy from the bank, [West Point Fire Chief] Mitt Smith, and LaGrange Fire Chief John Brant — they were instrumental. People helped sell ads and helped at the rodeo. There were so many people who did help. They went above and beyond.”

Many in Oubre’s family worked hard, too, including his son and daughter-in-law Matt and Jamie Oubre, and his nephew Will Binion.

“They were my go-to people,” he said.

The weather made for some mud on Sunday.

“But everybody trudged through,” Oubre said.

He told the story of one kid’s event, where children chase a calf with a bow on its tail, and whoever gets the ribbon wins a prize.

“David Arrington’s boy had both his boots pulled off by the mud,” Oubre said, “but he just went on in his socks in the mud.”

Because of the rain, fewer competitors were on hand Sunday. Of the three bull riding contestants, only one had a qualifying ride, and he won all the prize money — first, second and third place.

West Point May Steve Tramell said it was a great success.

“We had wonderful attendance Friday night and got to benefit the first responders,” he said, “We’re already talking about next year. We want them back soon.”

That’s mutual. Oubre was particularly thankful to the city.

“The location was absolutely beautiful, right by the river,” he said.

He said Ty Parkinson, a rider from Australia, took one look at the river and said he might go fishing instead.

“We want to thank Steve Tramell and the City of West Point for their hospitality,” Oubre said. And his son wanted to thank those in the stands.

“Thanks to all the fans who came out and supported it, especially Sunday,” Matt Oubre said. “It’s not great when weather gets in the way. But Friday showed us that this could be a great event for years to come. This was the first step into something great.” 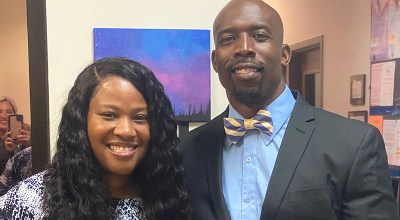 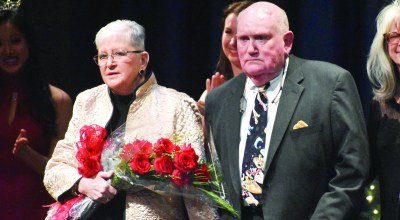