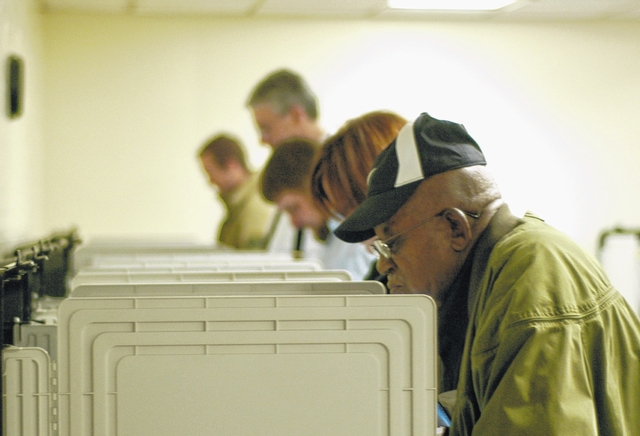 Early voting is coming close to an end for municipal elections in Troup County. Voters will have until Friday, Nov. 1 to cast their vote early.

“A lot of people are busy in their lives these days,” said Elections Supervisor Andrew Harper. “We give them three weeks of early voting and then election day, so this way they can choose when they want to vote. I think it helps people in their busy lives a lot of times to go ahead and early vote.”

As of regular closing business hours Thursday, Harper said that Hogansville had 28 early votes, LaGrange had 297 votes and West Point had 143. There are contested council rates in LaGrange, West Point and Hogansville.

“I would love for more folks to come out and vote early,” Harper said.

Harper said that it does not take long to vote and all you need is your ID.

Harper said the Troup County Board of Elections can also answer questions from voters at (706) 883-1745.

In Hogansville, incumbent council member Theresa Strickland will run for post five against Toni Striblin. Incumbent George Bailey (post four) will run for reelection against Mark Ayers. Mandy Neese and Brenda Geter will run against each other for the  post three seat. In West Point, current council members the Rev Gerald Ledbetter, Deedee Williams and Sandra Thornton qualified to run for council again, as did Kiesha Edwards-Coniglio and Walda “Wicky” Gladden. In LaGrange, City Council member incumbent Mark Mitchell is running for the district 1 seat. Curtis Brown and Latasha Dudley will challenge Mitchell for the District 1 seat.