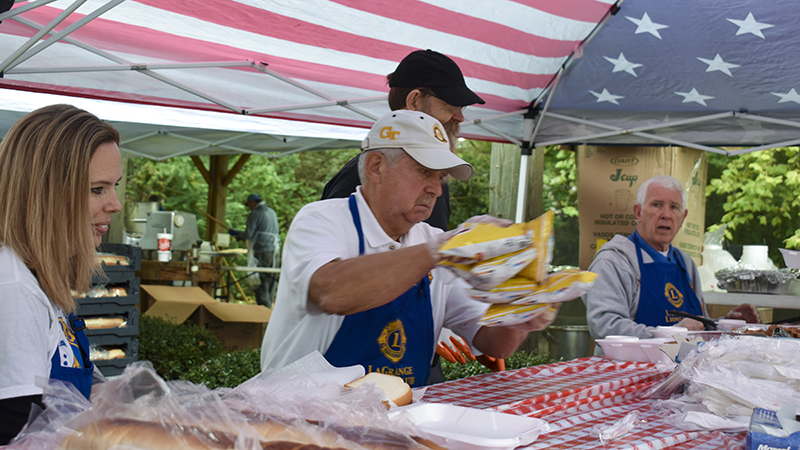 For decades, the LaGrange Lions Club has hosted a barbecue fundraiser on Election Day, and on Tuesday, the event once again drew a crowd.

The fundraiser is one of the methods that the Lions Club uses to fund projects to promote vision and other causes important to the club. Club members estimate that it has been able to give $217,000 to various causes over the last seven years thanks to fundraising events.

“It is fun. It is a great community service,” said Blair Harlin, the 2019 barbecue chairman. “The money that we make goes to site preservation and the community.”

The Lions Club partners with local optometrists to provide eye exams and works with Troup Cares on diabetes, which can result in vision problems.

“We’ve always done it on Election Day simply because that seemed like a good day that people would be out and about voting. “

Keeble said the fundraiser was initially held at the Elks Lodge, but it was later moved to its current location at the Nick Allen Pavilion, which was named after a Lions Club member.

This year, the fundraiser featured 1,375 pounds of Boston butts, 84 gallons of stew, 100 loaves of bread and 1,200 bags of chips, according to Harlin.

To learn more about the LaGrange Lions Club, visit E-clubhouse.org/sites/lagrangega/.

The club meets on Tuesdays at noon at Highland Country Club.

Ware, a Hogansville native and one of largest landowners…