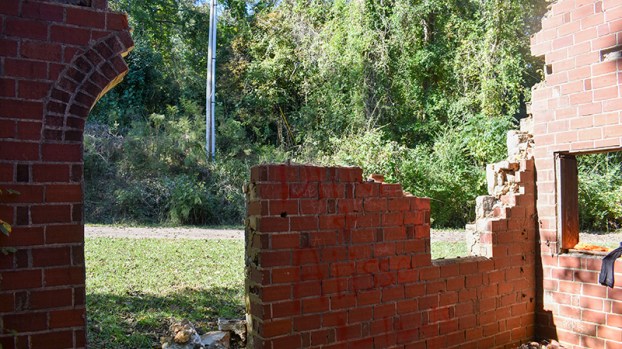 For more than a century, anyone traveling along the road now known as Old Youngs Mill Road has been able to see a stone building near Beech Creek. However, recent vandalism to the structure has left it’s future in doubt.

A security camera recently caught on camera a group of what appeared to be teens damaging the office building that once served the historic mill.

“It just turns my stomach,” said Richard Mager, who lives next door to the old mill property. “It is just too bad that kids don’t put their energy into more positive things. It has been there for 150 years, and it takes 15 minutes to knock it down. So, people can’t enjoy it now.”

Historic records on the office building are limited, but it was likely built around 1911, when repairs were made to the mill and bridge. According to the Troup County Archives, the repairs were needed due to an accidental explosion caused by a county road crew handling dynamite.

The mill buildings became U.S. Army Corps of Engineers property in 1974, when it was taken for West Point Dam and Reservoir Project.

“It’s sad that not everyone is appreciative of what came before them, including our built environment,” Troup County Historian Clark Johnson said.