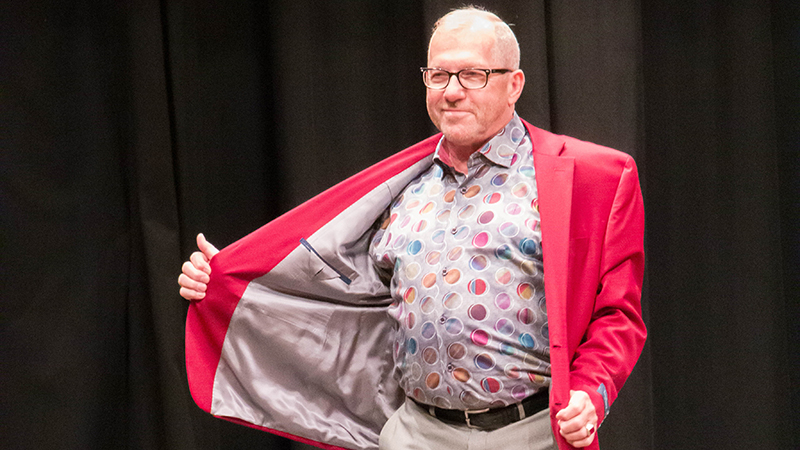 The members of the LaGrange Woman’s Club presented their 13th annual Holiday Fashion Show to help with the upkeep and maintenance of the antebellum home.

“It takes a lot to maintain this only national historic landmark in the City of LaGrange, so the women work very hard,” said LWC President Valerie Cardwell. “It’s a nonprofit organization and everything’s to rebuild the house.”

Models took the stage in clothes from Dillard’s of Auburn and gave each person an up-close look at the outfit by walking the floor.

“This is Bellevue’s number one fundraiser of the year,” Cardwell said. “It is important for us to maintain the integrity of our structure. Being built in 1855, it is important for future generations to come and experience this home. The house has a tremendous amount of history.”

The home was built over a span of two years for lawyer, Georgia and United States Congressman Benjamin Harvey Hill. It is now listed on the National Registrar of Historic Places and is a designated National Historic Landmark by the National Park Service.

“We often say the house was saved twice in history,” Cardwell said. “First by the Nancy Harts, which is a group of 40 women militia, and secondly, by Alice Callaway. This was Alice Callaway’s love, and she had the foresight of maintaining the home. “

The LWC meets monthly at Bellevue, but it is also used for parties, meetings, bridal and baby showers, rehearsal dinners, receptions and weddings.

“We want people to come to Bellevue because it can be used for so many different things,” Cardwell said.

Not only did attendees have the chance to check out all the formal and casual winter fashions but also win door prizes from local stores in LaGrange.

The house, which located on 204 Ben Hill Street in LaGrange, is also available for tours Tuesday through Saturday 10 a.m. to noon and 2 p.m. to 5 p.m.

For more information about Bellevue or to schedule an event, call (706) 884-1832 or bellevuelagrangega@gmail.com.