Light up LaGrange Christmas parade to be held Nov. 22 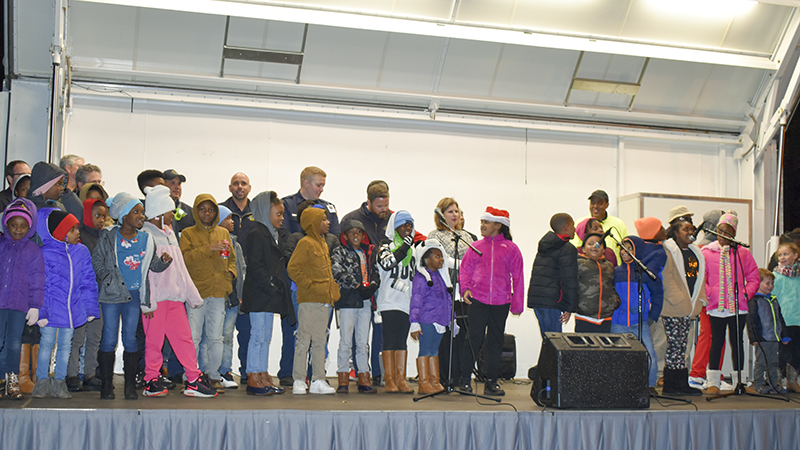 It’s beginning to look a lot like Christmas, and on Nov. 22, festivities will really get underway with the second annual Light Up LaGrange tree lighting and Christmas parade.

In addition to the parade and tree lighting, there will be food trucks and a high school band from Talbotton performing.

“This year, we’re not having any walkers,” Edmondson said. “It’s going be all riding this year, and we’re going to have some horses in the parade as well, so we’re planning a great parade with old antique cars that will be taking some of our honorees.”

The half mile parade is expected to begin at Calumet Park at 6 p.m., proceed down Daniel Street, then down Revis Street, before ending at Union and Cox Street Park, where the tree lighting and festivities will be held.

“This year, we’re honoring several deserving people,” Edmondson said. “One of them will be our City Manager [Meg Kelsey]. We’re honoring her this year along with Clark Johnson, Mrs. Grace Harvey and Mr. Hollis Jackson.”

The Rev. J.R. Ware of Bethlehem Baptist Church will also be honored at the parade.

Edmondson said that the honorees were chosen based on their contributions to the community.

“Mr. Jackson has been a barber in LaGrange for many, many years, and he’s given free haircuts to a lot of people that were able to do that, so we are honoring him for that,” Edmondson said. “Mrs. Grace Harvey was an educator in LaGrange for many years, and she molded a lot of children’s lives. Clark Johnson is the Troup County Historian. He’s done a lot of work in the African American community putting things together, preserving history along with the rest of Troup County people here in LaGrange. He made [that preservation] inclusive in doing so. Along with that, our city manager, which is the first female [city manager for the city], we’re honoring her. She’s done a tremendous job in LaGrange.”

According to Edmondson, a prize will be awarded to the most decorated house along the route, as chosen by guest judges City of LaGrange Communications Manager Katie Van Schoor, Hogansville City Council Member George Bailey and West Point Council Member Sandra Thornton.

There is no entry fee to be part of the parade. For more information, contact Leon Childs at (706) 518-1154 or childsleson@yahoo.com. Additionally, the 43rd annual downtown Christmas Parade is also scheduled for Dec. 5.