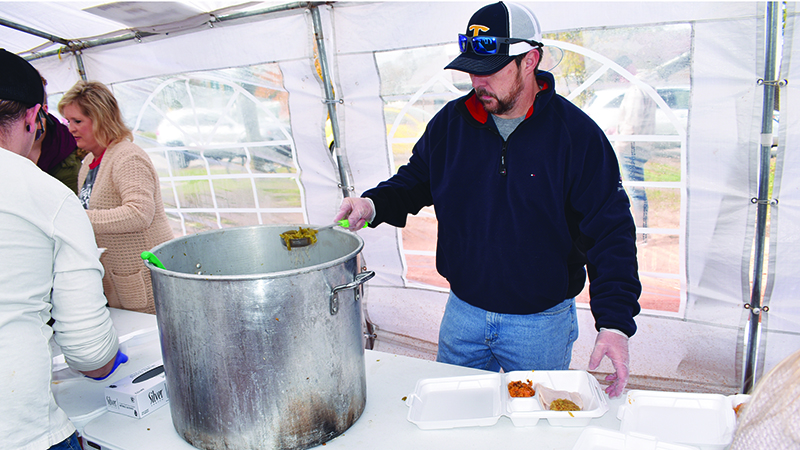 WEST POINT — Those in need of a Thanksgiving meal will have the opportunity to have one once again this year thanks to Mayor Steve Tramell and several of the downtown restaurants in West Point.

Thanksgiving falls on Nov. 28 this year, and starting early that morning, restaurant owners will be whipping up hundreds of plates for those who need a meal.

At about 10 a.m., Tramell and several volunteers from Refuge Point Church will hand out meals to anyone who wants one. The group will be stationed at the corner of Martin Luther King Drive and 10th Avenue underneath a large Jackson Services tent.

The group will cut down on the number of meals served this year, dropping down from 500 to 250. Tramell said there was food leftover last year, so he doesn’t want to waste any meals. However, just because he is cutting back on the number of plates being handed out, it doesn’t mean the event will stop happening any time soon.

Tramell said years ago, the local churches handed out food on Thanksgiving, similar to what the restaurants do now. But, for unknown reasons to Tramell, it stopped.

“A few years ago, we thought why not let the restaurants do it again?” he said. “Then, it just kind of got put back together again.”

Tramell said the volunteers plan to be at the intersection until all the food is gone. If the food isn’t gone, the group will be there until about noon or 12:30 p.m, he said.  The food isn’t just for residents of West Point but for the entire Greater Valley Area.

“It’s for everybody who needs a meal,” Tramell said.