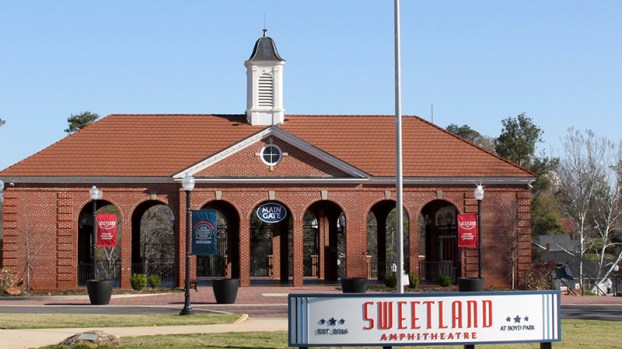 On Tuesday, the LaGrange City Council approved a request from the Downtown LaGrange Development Authority to provide landscaping, maintenance and other services to Sweetland Amphitheatre in order to help the venue break even financially.

The amphitheater was initially built through a partnership between the City of LaGrange, Troup County and the Callaway Foundation, but now that the original grant funding for the project has begun to run out, the DLDA 2, which manages the amphitheater, said it needs assistance from the city moving forward.

“It’s about a $150,000 to $175,000 a year deficit operating that, so with the city taking over some of those internal expenses — that’s roughly half of it,” said Edward Smith, chairman of the DLDA executive committee.

While the DLDA has funded maintenance of Sweetland, Mayor Jim Thornton said that under the original agreement, DLDA was not expected to subsidize Sweetland Amphitheatre.

“That agreement specifically provided that the Downtown LaGrange Development Authority would not be expected to subsidize Sweetland,” Thornton said. “They were going to operate it for us. They were going to do what they could make it profitable, etc., but there was never an expectation of the DDA subsidizing in any capacity.”

Council Member Willie Edmondson said that the original purpose of Sweetland was to improve tourism in LaGrange, a mission he said it has succeeded at.

“Our downtown was dying,” Edmondson said. “It was dead, and we decided to upgrade downtown. All of these things are really coming together now.”

City Manager Meg Kelsey said the city could just write a check for the expenses, although the city typically refrains from doing so. Instead, the conversation turned to the city assisting with landscaping and other areas that overlap with other standard city tasks.

“We come to you today with a plan, which was voted on by the full DLDA at our last board meeting and approved unanimously. Rather than just getting cash infusions for Sweetland, we think there are more cost efficiencies we can get in the operation structure — and some of those are the DLDA, your seven-member authority not duplicating existing operational expenses.”

Smith said that expenses such as grounds upkeep at Sweetland could easily be canceled out if the same city crew that maintains nearby city properties were to perform those duties at Sweetland. Kelsey said city crews have already assisted with tasks at Sweetland Amphitheatre in the past, but she said the added workload combined with duties at Southbend Park, the roundabouts and Hills & Dales Farm Road, will make it necessary for the city to hire another three-person landscaping crew.

Council Member Jim Arrington said that with the new responsibilities, a new crew made sense even without the addition of Sweetland, and Mayor Jim Thornton agreed that hiring another crew to continue high standards for city parks and landscaping was something that the council could support. Council Member Nathan Gaskin also spoke in favor of the additional hires.

Smith said that the funding and assistance will make it possible for Sweetland to continue to provide shows and events that attract tourists and entertain locals.

According to Smith, the Sweetland budget calls for more shows in the upcoming year, with the help of grants from the Callaway Foundation, which have allowed it to secure performers that would otherwise be beyond of the amphitheater’s budget.